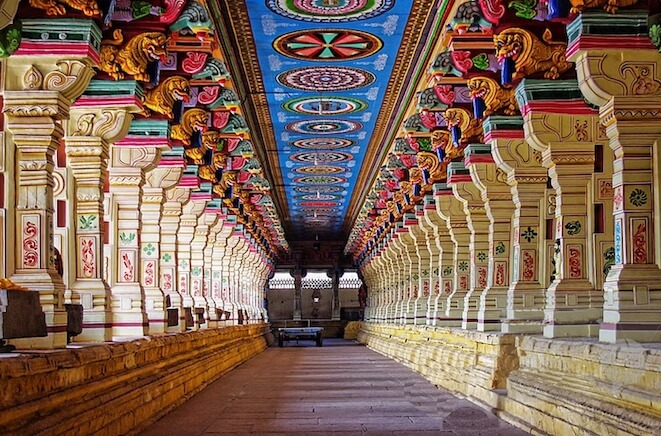 The Rameswaram temple is also known as the Ramanathaswamy temple is dedicated to the god, Shiva. The temple is spread over an area of 15 acres, and has been built using the Dravidian style of architecture, which stands within a complex surrounded by a high compound wall or ThiruMathil on all the four sides of the temple. The temple boasts of striking long corridors inside that are 5 ft. high.

The Rameswaram temple is primarily dedicated to Ramanathaswamy or Shiva and has the deity in the form of Lingam. The sanctum of the temple consists of two Lingams – one that was built with sand by Sita known as Ramalingam, and another that was brought from Kailash by Hanuman known as Vishwalingam. 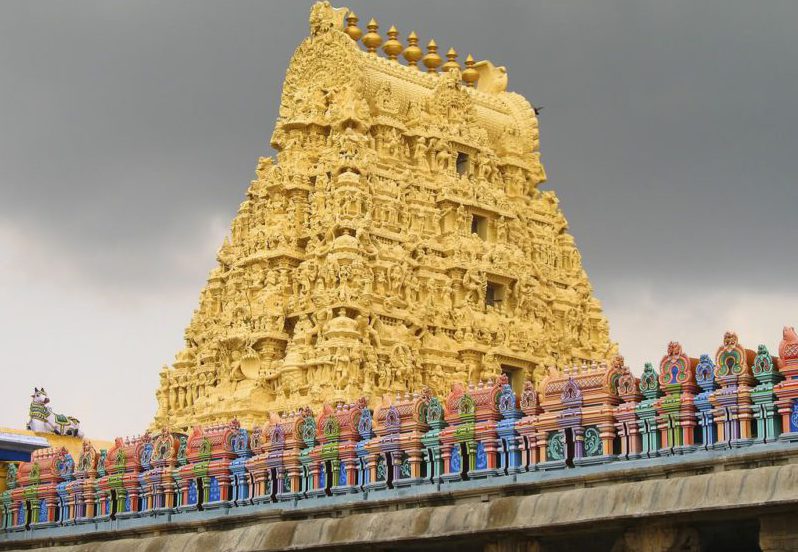 The beams, pillars and ceiling of the second corridor were made using sandstone.
The third corridor, also known as ChokkatanMandapam, is the largest temple corridor in the world with 1212 pillars – each pillar measuring 30 feet. It resembles a gigantic chess board. This is where you will find the deities called Utsava. 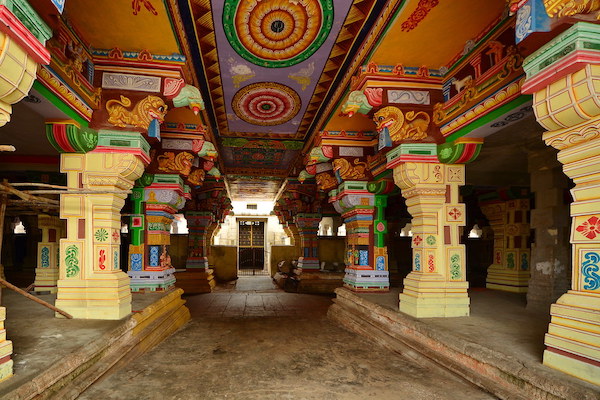 The material used for reconstruction of the temple was mainly granite. Granite stones according to historical records were shipped to this island that date far back to 1414 CE. 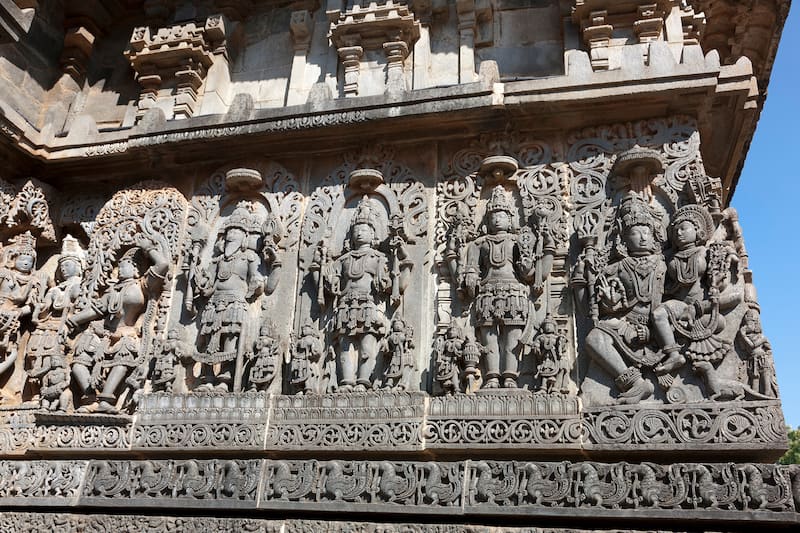 Made of limestone, bricks and sea shells, the colossal Nandi Statue or Nandi Mandapam measures 17 feet in height and is 12 feet wide.

There is a platform on which the carved granite walls are built. If one tries to look at the pillars from one end to the other it converges to one single dot. This feature exemplifies the advanced architectural designs of the Tamil Kings. 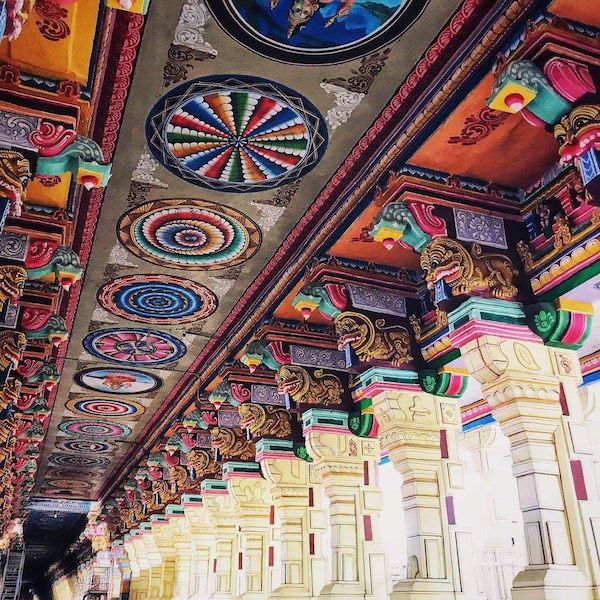 There are some smaller shrines for other deities that can be found in the mandaps inside the temple complex. There are 22 wells that are said to have healing properties and each well is different in terms of temperature, salinity and taste. 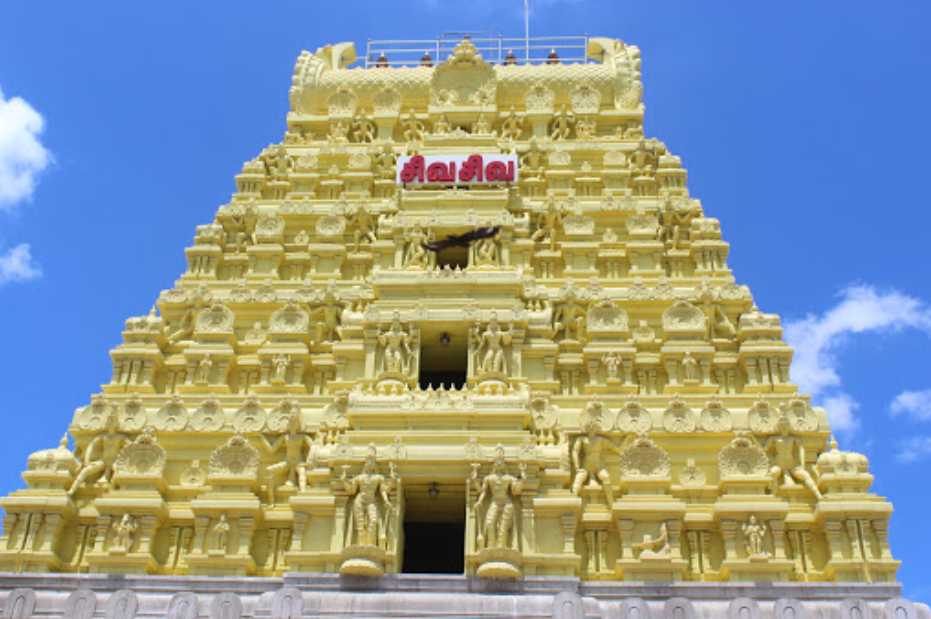 The GandhamadhanaParvatam (hill) provides a good view of the temple. This temple has received royal patronage from several kingdoms such as Travancore, Ramanathapuram, Mysore and Pudukkottai.

(Images and text: With inputs from various online sources) 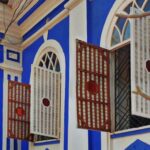 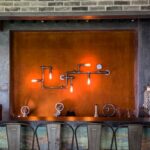