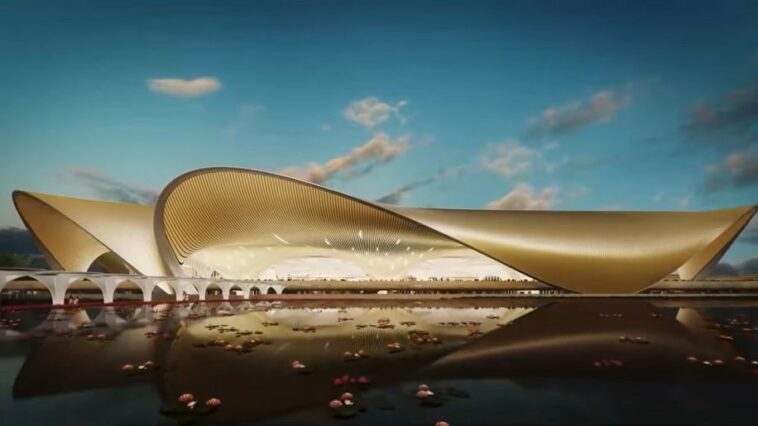 The much-awaited ongoing Navi Mumbai International airport’s first look was recently revealed. The GVK group, which is known for its work in the aviation sector has been leading Mumbai International Airport Limited (MIAL) and has been building the airport as a partner and has shared the first look of the Navi Mumbai airport recently. The terminal design of the upcoming airport takes its inspiration from the lotus flower, which symbolizes purity and elegance. The futuristic design of this airport blends modernity with Indian ethos, art, and culture in a poetic and fluid architectural language. The design has been done by globally acclaimed architectural firm Zaha Hadid, who also designed the Beijing Daxing International Airport.

The GVK Group has been actively participating in India’s aviation sector, having created the T2 at Mumbai and conceived Terminal 2 at Bengaluru Airport. The Mumbai T2 took inspiration from the peacock, and now, the same design language is showing in the new project.

Touted to be one of the world’s largest Greenfield airports with two parallel runways, Navi Mumbai International Airport, located in Mumbai’s Kopra-Panvel area, is currently under construction. Upon its completion, Mumbai will become the first Indian city to have more than one airport. The central government and the Government of Maharashtra visualized the Navi Mumbai Airport through CIDCO and GVK.

The master plan of the airport was approved by the City and Industrial Development Corporation (CIDCO) in 2019. The airport will be developed in four phases. According to the master plan, the airport’s main terminal (T1) that will be built in phase one would have two floors with very few level changes and minimum walking distances. The airport would eventually have a passen­ger handling capacity of 90 million per year.

The airport will be built over 1,160 hectares, over 95 percent of which has been acquired from local villagers. Hill cutting and landfilling works are on. The site had a cluster of villages with ponds full of lotuses and that inspired the terminal design. 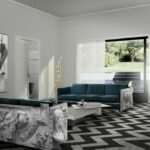