Architect, Ramu Katakam’s latest book, ‘Spaces in Time: A Life in Architecture’ is out, we explore his life and work…

Spaces in Time: A Life in Architecture, the latest book by Architect, Ramu Katakam traces his journey through the seventy years of his life as an architect, taking us through the places and edifices he designed, built and lived for, delving into the events that shaped his country and him post-Independence, and through the people who accompanied him along the way.

In this memoir, Ramu Katakam shares the ‘prana’ that has influenced his work and continues to inspire him. Architect, Ramu Katakam has been practising in India since 1977. Initially based in Delhi, he moved to Bangalore in 1997. His practice includes hotels, libraries, schools and religious buildings that have been built in all parts of India. Projects have included housing in Bhuj, in the western deserts of the country, to a hotel in Kohima in the easternmost part. In the north, the practice designed a golf club in Srinagar, Kashmir, and in the deep south, a house was built at Kottayam, Kerala.

His practice involved the restoration of historic buildings and working with sustainable technologies. Among his other interests was the creation of a sculpture gallery in the heart of a Delhi village. He was part of the founding team that started the TVB School of Habitat Studies where he taught for four years. He was also instrumental in helping design and set up Dilli Haat – a crafts bazaar that allows craft persons to sell directly to the customer. Educated at Delhi and Cambridge universities, he was elected a member of the RIBA (Royal Institute of British Architects) in 1974 and the IIA (Indian Institute of Architects) in 1977.

Today he is pursuing research on the traditional architecture of Tamil Nadu and has put aside practice. Speaking of architecture, he says, “What makes a building special? I have often asked myself how many kilometres would I travel to see a masterpiece. Buildings such as Petra, Angkor Vat, the Forbidden City, Ellora and many others are surely worth visiting. What remains of a civilization is its art and architecture. While wars and the search for power are ephemeral, the buildings endure. My approach to design has been to find the eternal.

In the modern world, this may be a difficult task. Buildings that address both time and space appear to be more meaningful.” His parents were like gypsies and lived in more than twenty homes during their lives thereby giving him incredible exposure to various cultures and art. His path towards architecture began with a conversation with Cyrus Jhabvala who later became head of the Delhi School of Architecture. He spoke eloquently about design and building. Later meetings with Habib Rehman and Rana Man Singh, both chief architects to the government of India confirmed that this was the subject he wanted to learn.

Among the fascinating architects he has met is Barry Gasson my tutor at Cambridge who designed the benchmark Burrell Museum in Glasgow. Louis Kahn who he met at a talk in Cambridge was an energetic man whose involvement in architecture was complete. He, in a short span of time changed the way Ramu looked at the design. Edward Cullinan, their studio master went on to design some of the great green buildings of the UK.

His professor Sir Leslie Martin who designed the Festival Hall in London was a man of vision and he was lucky to work for him as the site architect of the summer Secretariat in Taif that he designed for the government of Saudi Arabia. Sherban Cantacuzino, his first employer taught him the basics of running a practice in the middle of Soho, London. Sherban, a Romanian prince who escaped to England during the IInd world war went on to become the editor of the Architectural Review for many years.

He met Joseph Allen Stein much later in my life. Someone who left the United States to teach in India has contributed a huge amount to modern design here. It was, however, a person not trained in architecture that taught him the most about it. Vijai Pillai was a philosopher and diplomat who was concerned about discovering space that was beyond design. A space that was divine in nature. Apart from Louis Kahn, the two architects whose work he admires are Hassan Fathy and Louis Barragan. Both have transcended the international style in their own way and have given us buildings true to the place they were built in.

Recently the work of Tadao Ando has made a big impression on him as he has been able to design exquisite buildings that respect light and space in a world that is now ruled by the glass. Having authored quite a few books, Ramu Katakam writes quite well and prolifically and this book too doesn’t disappoint, it’s freewheeling, very informative and an engaging read. 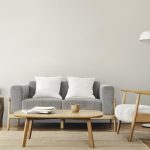