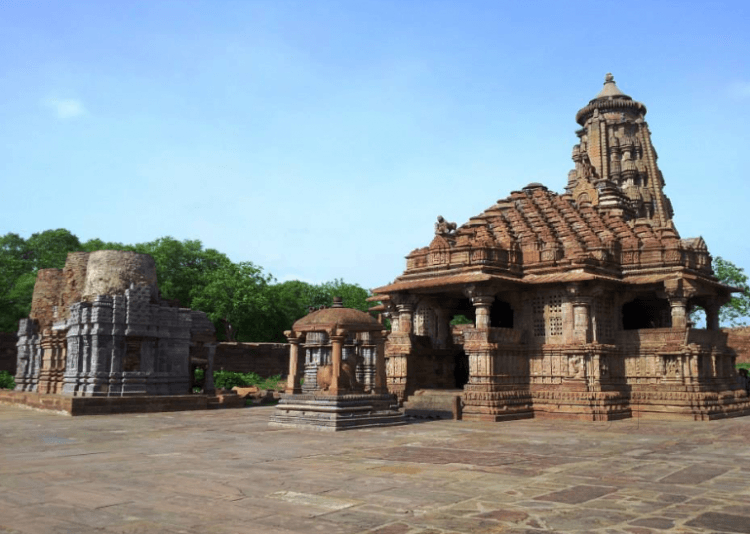 Menal Shiva Temple Chittorgarh in Rajasthan is a treasure house of amazing sculptures and is known for its amazing architectural style.

Rajasthan, one of the biggest states in India is especially notable for the forts and palaces of the many Rajput rulers, which are popular tourist attractions. The architecture of Rajasthan has usually been a regional variant of the design of Indian architecture prevailing in north India. It also is known for its ancient building, history, and heritage temples. The Dilwara Jain Temples of Mount Abu built between the 11th and 13th centuries CE are the best-known examples of the architectural style.

The architecture of the palace shows clear Mughal influences on its Rajput Architecture. The Adhai Din Ka Jhonpra mosque in Ajmer (no longer in religious use) is a crucial early example of Indo-Islamic architecture during a state not otherwise notable for this; though the Ajmer Sharif Dargah is another early building. However there’s considerable influence from Mughal architecture in palaces and houses, and Rajasthan has some claim to possess sent influence back in elements just like the jharokha enclosed balcony and chhatri open pavilions.

Today we take you to Menal Shiva Temple and will tell you about its architectural style. A small detour from Chittorgarh to Bundi highway is Menal Shiva Temple also known by its old name Mahanaleshvara Temple. It is popularly known as the mini-Khajuraho temple. Menal Temple is an 11th-century wonder.
This temple was built by the king then, Someshvar Chhahamana and his queen Suhavadevi of the Sakhambari dynasty during the 11th century A.D. It is built in Bhumija style of architecture. The huge Shiva temple of stone is built in the ancient Hindu style with a carved pagoda and pillars. The pillars at the entrance of the temple have amazing sculptures. The projectile balconies of the inner sanctum and the pyramidal array of the temple spire with beautiful carvings make this temple an architectural splendor.
In front of the main temple of Mahanala is Nandi, the bull. The enclosure built isn’t sufficient to protect it and the statue is partially damaged. The place was favorite mountain retreat of King Prithviraj Chauhan, during the scorching Rajasthan summers.

The Nagara style of North Indian temples is characterized by a beehive-shaped tower called a shikhara made up of layer upon layer of architectural elements. The main temple is preserved well, though the smaller ones around the main temple are crumbling down slowly. This one is credited to the King, while the one across the river is credited to the queen.
The exterior walls of the temple are embellished with stone carvings of guardian deities, animals, and many gods. The carvings of Lord Shiva and Parvathi in different postures on the walls have earned the name mini Khajuraho to the temples.
The gushing stream, waterfall, dense woods, and the sandstone temples in the background make for a picture-perfect view and a must-visit. 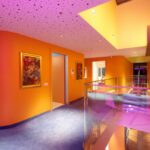 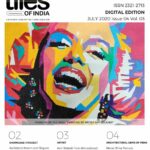