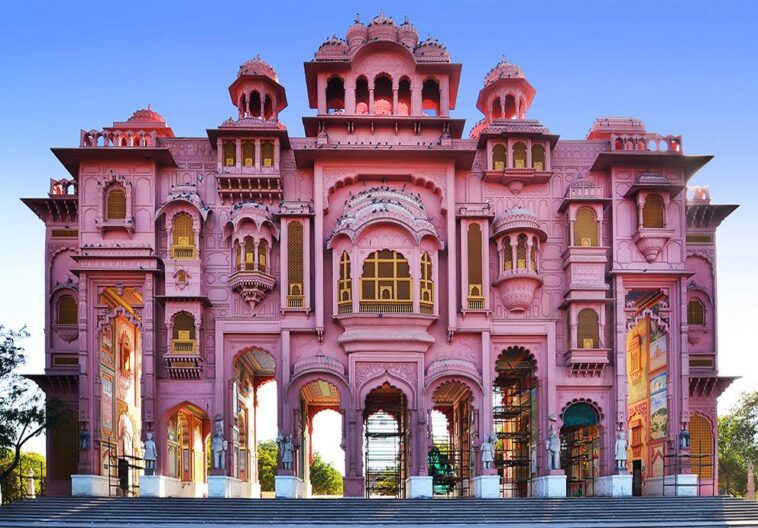 The Patrika Gate in Jaipur, also called the 9th Gate, is a monument of splendor and a top favorite among Instagrammers for its opulent beauty

When we talk about the royal architecture of India, Rajasthan comes first to our minds. This state has many breathtaking architectural and historical monuments. Of late we have been seeing a surge in the popularity of many of these places because of social media where people share their beautiful travel pictures from many of these destinations, in turn encouraging others to go and visit these places. In other words, they are what is called Instagram friendly! Today we will explore an interesting place that is a top favorite of a large number of influencers and travel vloggers – the lavish Patrika Gate.

The Patrika Gate in Jaipur is a famous monument and tourist attraction in the capital city of Rajasthan. It is located 30-minutes outside of the city center and serves as an entrance to Jawahar Circle Garden. Considered by locals to be Asia’s largest circular park developed on a highway traffic circle, Jawahar Circle is located near Sanganer Airport. Developed by the Jaipur Development Authority, the park encompasses a circumference of 4,658 feet (1,420 m) and includes pathways, a fountain, rose gardens in addition to its towering gate.

Often referred to as “the most colorful door in India”, Patrika Gate greets both passing cars and passersby from Jawahar Circle in Jaipur.

Built-in 2016, the Gate contains a colorful cacophony of hues depicting the history of Jaipur, India’s famed Pink City. While the gate is just one of the many architectural wonders in Jaipur, the opulent design is genuinely awe-inspiring. The vibrant and intricate walkways serve as a true reflection of Rajasthani culture.

Through its vibrant hand paintings, Patrika Gate gives visitors a look into the culture of Rajasthan, the northern state of India where Jaipur is the capital. Along with its columns and pillars, depictions of temples, forts, palaces, and Jaipur rulers are offered to give a glimpse into the city’s history. Scenes of weddings, wars, and daily life are portrayed.

The Gate has been constructed by the Rajasthan Patrika Group of Publications (media conglomerate). It is an iconic gate built as a monument under Mission Anupam of the Jaipur Development Authority. The construction of Patrika Gate was in keeping with Jaipur having recently been recognized as a UNESCO World Heritage Site. In 2019, Jaipur became the second city of the country after Ahmedabad to get recognition.

Gates in Jaipur are an architectural tradition. When Maharajah Sawai Jai Singh II founded Jaipur in 1727, he built a wall around the city with eight gates in all four directions. Now centuries later, Patrika Gate continues the architectural legacy and is sometimes touted as the ninth gate of the city.

The number nine does play a prominent role in the design — there are nine total pavilions, each 9 feet wide. Not only a symbolic structure, but Patrika Gate has also emerged as a popular stop for relaxation and photo shoots. If you’re heading to the pink city and are looking for Instagram-worthy spots in the city, the Patrika Gate Jaipur will be the number one spot on your list. It’s pretty easy to see why as it’s a gorgeous rainbow walkway that looks like something out of a Maharaja’s palace!

In 2020 the Prime Minister of India, Narendra Modi, inaugurated this gate via video conferencing! In his address, he commended Kulish Ji from the Patrika Media Company for his contribution to Indian journalism.

A slightly different shade of pink than the traditional Jaipur terracotta pink, Patrika Gate provides a place for the city to honor its past while it thrives in the modern era. 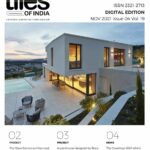 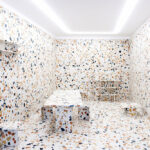