In 1979, the city of Dubrovnik was added to the UNESCO list of World Heritage Sites in recognition of its outstanding medieval architecture and fortified old town.

Here are eight fantastic destinations you won’t want to miss in Dubrovnik:

Big Onofrio’s Fountain – Located near Pile Gate, this beautiful piece of history was built between 1428 and 1440, named after the founder of the city’s water supply. Water comes from an aqueduct system with the source 12 km away. The fountain’s water pours gracefully through 96 gargoyle heads.

The 16th century stone wall – It will take 90 minutes to walk the stone wall encircling the old city wall and three attached forts. You will climb the heights to a most enchanting view of the area and soak in the history of three accompanying fortresses. You will enjoy a stradum of shops and restaurants.

The Rector’s Palace – An outstanding example of gothic and the renaissance, in Dubrovnik’s Old City, it is decorated with intricate stone carvings and beautiful architecture. A turbulent history of war and fire and earthquakes has led to continuous reconstruction, leaving a unique visage reflective of the many architects and many periods hosting reconstruction.

Ploce Gate (Gate of Ploce) – On the walled city’s east side is the bridged Ploce Gate, the gate into the walled city of Dubrovnik, located on the east side of the city. Visitors must pass over two short bridges before entering the city. The gate, built in the 15th century, offers a spectacular view of the old port.

Saint Saviour Church – Built between 1500 and 1528, this is one of only a few buildings in Dubrovnik to survive the massive earthquake that occurred in 1667. It also survived bombing during the recent military conflict with the former Yugoslavia. The modest renaissance architecture was an inspiration to many others in the region.

Small Onofrio’s Fountain – A masterful sculptural achievement, the fountain is located on Luza Square near the city clock tower in Dubrovnik Croatia. The ornate fountain was designed by Onofrio della Cava and built between 1440 and 1442. The sculpting work was done by Petar Martinov. It’s a fantastic mix of the old and the new. It’s the fusion of the rich history of Dubrovnik, meshed with the cutting edge technology.

Pile City Gate – Built in 1537 and designed by artist Paskoje Milicevic, marks the entrance to Dubrovnik’s historical Old Town. It consists of two enormous stone arches built in the Gothic style, which connect to a wooden drawbridge that provided defence over a now dry moat. During the maritime republic of Ragusa (1358-1808), the drawbridge was ceremoniously hauled up each night using a complex system of pulleys and counterweights, before the city keys were handed to the Ragusan head priest. Nowadays, the gates remain permanently open to visitors wanting to cross a beautifully preserved piece of Dalmatia’s history. The Pile Gate also doubles as the entrance to King’s Landing, in the wildly popular HBO series ‘Game Of Thrones’.

The Church Of St. Blaise – The Church Of St. Blaise is a well-loved religious building, with St. Blaise being the patron saint of Dubrovnik. Designed in the Baroque style by Venetian architect Marino Gropelli in 1715, it stands on the foundations of a Romanesque medieval church that was destroyed following a terrible fire. Gropelli also carved a statue of the eponymous saint, who safeguards the church entrance while holding a miniature of the city in his palm. The interior is intricately designed and exquisitely decorated, and provides wonderful photo opportunities. A gild statue of St. Blaise, adorning the altar, is the most valuable piece of work in Dubrovnik’s rich history.

Dubrovnik is beyond doubt one of the best places to visit. 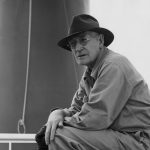 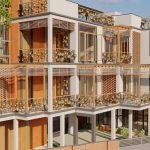