The Bauhaus school of architecture is an everlasting style, we bring to you some of its icons.

The Bauhaus is a German art school operational from 1919 to 1933 that combined crafts and the fine arts and was founded by architect Walter Gropius in Weimar. The Bauhaus style later became one of the most influential currents in modern design, modernist architecture and art, design, and architectural education. The Bauhaus movement began in 1919 when Walter Gropius founded a school with a vision of bridging the gap between art and industry by combining crafts and fine arts.

Walter Adolph Georg Gropius was a German architect and founder of the Bauhaus School, who, along with Alvar Aalto, Ludwig Mies van der Rohe, Le Corbusier and Frank Lloyd Wright, is widely regarded as one of the pioneering masters of modernist architecture. He was the founder of Bauhaus in Weimar. Gropius designed his famous door handles, now considered an icon of 20th-century design and is often listed as one of the most influential designs to emerge from Bauhaus. Gropius designed the new Bauhaus Dessau school building in 1925-26 on commission from the city of Dessau. He collaborated with Carl Fieger, Ernst Neufert and others within his private architectural practice. He also designed large-scale housing projects in Berlin, Karlsruhe and Dessau in 1926–32 that were major contributions to the New Objectivity movement, including a contribution to the Siemensstadt project in Berlin. Today, Gropius is remembered not only by his various buildings but also by the district of Gropiusstadt in Berlin. In the early 1990s, a series of books entitled The Walter Gropius Archive was published covering his entire architectural career.

Hannes Meyer was a Swiss architect and second director of the Bauhaus Dessau from 1928 to 1930. Meyer brought the two most significant building commissions for the school, both of which still exist: five apartment buildings in the city of Dessau known as Laubenganghäuser (“Houses with Balcony Access”). The apartments are considered to be ‘real’ Bauhaus buildings because they originated with the Bauhaus department of Architecture. The development bordered on the Törten housing estate which was designed by Walter Gropius. The other major building commission was the Bundesschule des Allgemeinen Deutschen Gewerkschaftsbundes (ADGB Trade Union School), in Bernaubei Berlin, which was completed during 1930. It was the second largest project ever undertaken by the Bauhaus, after the Bauhaus school buildings in Dessau. The school operated for only three years until the Nazis confiscated it during 1933 for use as a management training school. The building now has historic protection status and it experienced an extensive restoration which was completed during 2007. The restoration project won the World Monuments Fund / Knoll Modernism prize during 2008.

Ludwig Mies van der Rohe is a German-American architect commonly referred to as Mies, his surname. Mies was the last director of the Bauhaus, a seminal school in modern architecture. He sought an objective approach that would guide the creative process of architectural design but was always concerned with expressing the spirit of the modern era. He is often associated with his fondness for the aphorisms, “less is more” and “God is in the details”.Whether it is his gnomic statements – “less is more” and “God is in the details” – or the iconic Barcelona Pavilion or equally iconic Barcelona Chair, his presence borders on the mythic. Mies is perhaps now best known for his American skyscrapers such as the Lake Shore Drive towers, Seagram or IBM Plaza – designs that have seen him shoulder the blame for any dull glass tower since. Yet the gestation for these works, and his shift from more classical designs to modernism, all took place in pre-war Germany.

All images & text: With inputs from various online sources 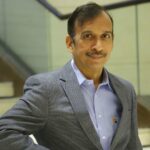