Jor Bangla Temple is an ancient temple located in Bishnupur, West Bengal, and is famed for its opulent terracotta structure and delicate carvings on the walls.

Jor Bangla Temple is an ancient temple located in Bishnupur, West Bengal. It is one of the top historical places in West Bengal and among the best places to experience in Bishnupur. Also called Yorubangala, the Jor Bangla Temple in Bishnupur was built by King Raghunath Singha Dev II in the year 1655 CE. It is one of the few temples of Bishnupur which is in good condition. It is richly ornamented with terracotta carvings. The temple is known for its classic chala style of Bengal architecture.

Made of laterite bricks, the temple has an appearance of two thatched huts joined together and surmounted by a single tower. One of the two huts serves as a porch, while the inner hut functions as the shrine. There is the idol of Shadbhuja (6 hands) of Shri Chaitanya in the prayer room which is not worshiped anymore.

The Jor Bangla Temple is famed for its opulent terracotta structure and delicate carvings on the walls. The carvings on the walls depict episodes from the Ramayana, Mahabharata, and other prominent holy Hindu scriptures. One can also see other paintings and sculptures include royal hunting sights, musicians, and dancers. This temple attracts massive numbers of devotees along with a number of students and archaeologists, who are interested in ancient architecture.

The temple is simple yet elegant and boasts excellent terracotta relief artwork on its wall. In Bengali ‘Jor’ means ‘pair’. It is a pair of cottages placed side by side with a four-way sloped roofed as the temple’s crown. This type of design is very rare in India. Originally, the temple was called Krishna Ray, but due to its design, people started calling it Jor Bangla.

The curved roof of this pair of huts is surmounted by a ‘char-chalasikhara’. The base of the temple is a square of size 11.8m X 11.48m, and the height above the platform is 10.7m. The walls are decorated mostly with terracotta panels describing scenes from the Ramayana and the Mahabharata along with floral and geometrical patterns.

The temple sits is on a low-height base made of bricks. The roof of the temple is constructed following the style of the traditional pitch-roofed houses. Two pitched roofs are joined together, which makes the middle portion higher than the ends, as it slopes down toward the ends in the north and in the south. Due to its terracotta art, this temple is placed among the best in Bishnupur. 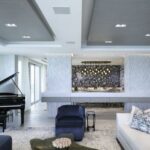 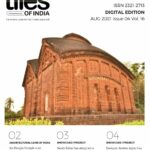