Khajuraho – Beyond the Eroticism

Khajuraho, a UNESCO World Heritage site in Madhya Pradesh, India is famous for its Hindu and Jain temples and its style of architectural symbolism.

Indian architecture has always been inquisitive due to its magnanimity and the arty creations. Our country has a plethora of monuments, baroque and modernistic buildings which echo the tales of their era. India is rich in its history and architecture. There are various architectural gems, which are part of the UNESCO world heritage sites. Amongst 830 World Heritage sites listed by UNESCO, 26 belong to India. India has seen a number of architectural styles which developed the course of history. This time, we are featuring one more architectural gem of India, Khajuraho.

Khajuraho is a town in the Indian state of Madhya Pradesh, located in Chhatarpur District. It has the country’s largest group of medieval Hindu and Jain temples. The Khajuraho group of monuments has been listed as a UNESCO World Heritage Site since 1986 and is considered one of the “seven wonders” of India.

The Chandella (or Chandela) kings ruled this part of central India from the 9th to the late 12th centuries and built this remarkable temple group in one of their capital cities. Almost all appeared during the brief hundred year span between 950 and 1050 (one was built from remnants of earlier temples in the late 19th century).

The village of Khajuraho gradually lost its importance and by the 16th century was rather insignificant. The temples fell prey to the jungle—perhaps somewhat difficult to imagine now when visiting the area. It was only in the 19th century that the world outside of India (and of much of India itself) became familiar with the temples. Of the original 85 temples, only 22 or so survive today, some in very poor condition.

There are three major groups of temples at Khajuraho: the southeastern group of Jain temples, the western group of Brahmanical temples to Shiva and Vishnu, and the northern group of Vaishnava temples.

Most of the temples at Khajuraho were built using sandstone but four also used granite in their construction. In the latter group is the Chaunsat Yogini (64 tantric goddesses), built c. 875-900 CE, which has 64 shrine rooms arranged around a rectangular courtyard.

The most famous is the Kandariya Mahadeo built in the early 11th century CE and dedicated to Shiva. The more or less contemporary Laksmana temple was built in 954 CE by King Dhanga (r. 950-999 CE) to celebrate independence from the Gurjara-Pratihara rulers and has a similar layout and exterior to the KandariyaMahadeo.

So too does the Visvanatha temple (c. 1002 CE) which was designed by SutradharaChhichchha. Both temples have shrines at each corner of their terrace platforms.

The Laksmana has dedicated to Vishnu and its terrace is of particular note as it carries a narrative frieze running around all four sides: Elephants, warriors, hunters, and musicians form a procession watched by a ruler and his female attendants. Other notable temples at the site include the single-towered Caturbhuja and Vamana, the squat Matulunga, and the rectangular, more austere Parshvanatha Jain temple with its unique shrine added to the rear of the building (c. 950-970 CE). Probably the latest temple at Khajuraho is the Duladeo which was built on a star-plan. 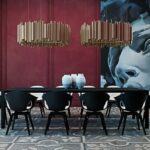