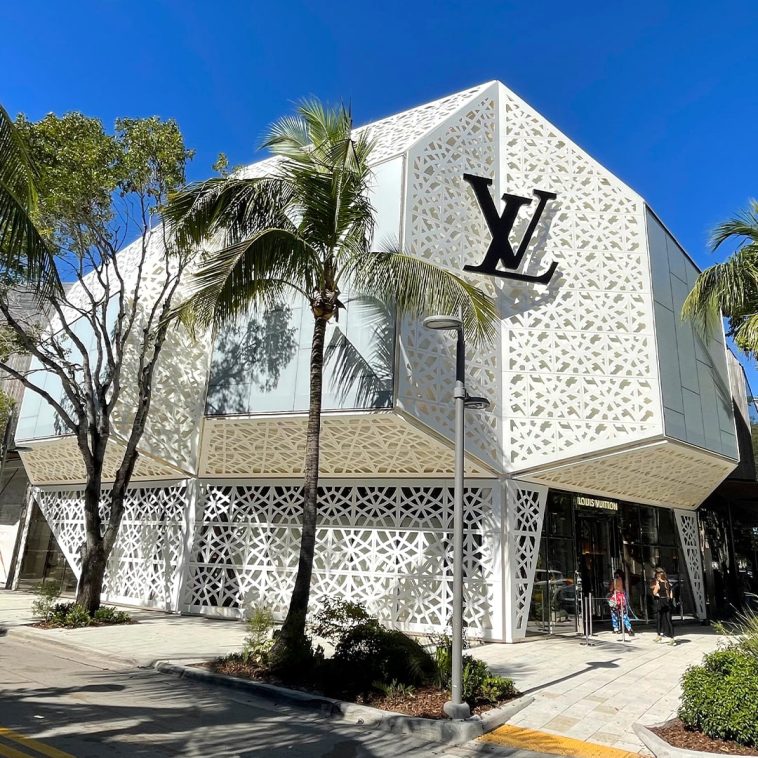 Louis Vuitton opened the doors to its second freestanding menswear
boutique store in the heart of the Miami Design District designed by world
famous designer Marcel Wanders. The store is a tribute to the men’s
artistic director Virgil Abloh who suddenly passed away just before the
Spring-Summer 2022 Fashion Show. Abloh’s first U.S. show for the brand
was also his last, a magical and solemn event that culminated with a red
paper plane and “Virgil was here,” etched on the Miami skyline.
The Louis Vuitton Men’s store in Miami’s Design District is the first
standalone store in the United States, and the second worldwide after
Tokyo, where they opened the Shibuya store in 2020.
The store is located on the corner of 39th Street and 1st Avenue. The
store’s all-white aluminum façade was based on Marcel Wanders Studio’s
“Diamond Screen.”
The façade of the building is an architectural rework of the pattern of the
Diamond Screen, designed by Marcel Wanders studio for their brand’s
interior collection, Objets Nomades. In this design, the emblematic Louis
Vuitton monogram is reinterpreted, paying tribute to Miami modernist
architectural style.
In addition to the opening, was the launch of the Petal Chair for Objets
Nomades by Marcel Wanders studio. “We are honoured to have been a
part of the commemoration of Virgil Abloh with the Louis Vuitton family to
celebrate his life, legacy, and contribution to the creative world, “said the
studio.

The area of the store is 3,586-square feet and has a refined industrial interior
with exposed concrete, adorned with millwork and bespoke furniture. The highlight of the store is a twisting staircase that connects the first and
second floor of the store. The design interprets the monolithic quality
nodding at the city’s modernist character while its blue leather handrails
evoking the Miami waterfronts. Honoring its Design District location, the
store features temporary spaces, characteristic statues, and a number of
works by local artists, including a wall-covering pattern by Michelle
Weinberg installed in fitting rooms, and elevator artwork hand-painted by
Captain Casual.
The store features the complete line of the Maison’s métiers for men,
including ready-to-wear, shoes, accessories, watches, and fragrance, as
well as Miami men’s store exclusives which include a chain link necklace, a
skateboard with graffiti logo, and the LV Runner Tatic sneaker. 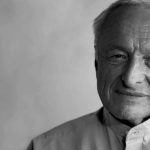