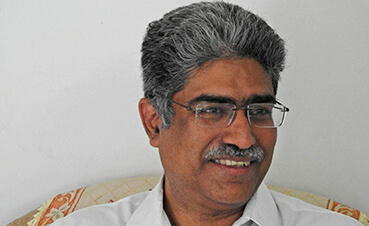 Architect Vikas Dilawari has restored the Ma Hajiani Dargah in Mumbai with extreme love and patience, we bring to you the story.

Monuments draw out our emotions, however latent, especially places of worship and spirituality. People visit these places to experience serenity, be comforted in uncertain times, and seek refuge from the ever-demanding world. The Ma Hajiani Dargah is such a place and is a landmark heritage structure facing the famous Haji Ali Dargah in the sea for over a century now.

The responsibility of the restoration fell into the hands of the most suitable architect for the purpose, Vikas Dilawari of Vikas Dilawari Architects. They approached the project with the required sensitivity to the nuances it presented.

The concrete porch slabs were repaired locally where possible. The Mangalore tiled roofs of the verandah were dismantled and refixed on wooden boarding with tar felt a conventional detail. Huge vegetation growth was removed which had caused the minarets to be out of alignment. The
broken, missing Porbandar stone parapets and railings were refixed and reconstructed using Porbandar stone using traditional stone carvers.

The fixed multifoil windows frames with embossed colour glasses were badly affected with the monsoon brunt and hence required repairs and replacement. These were replaced with coloured glass in leaded light which is a highlight of the restoration.

The plain textured glass was used as it gets coloured according to the sun and is it at its best in the evening with sunset on the western horizon. The blue and green borders to the windows give it the context is beside sea and religion. The missing details and cornices were reconstructed and the internal cement plaster was removed and lime plastered internally. The other highlight is the removal of paint from the stone surface using a steam machine. This has exposed the stones and reflects the patina.

The high Dome has been lime-washed blue symbolically depicting heaven and corresponding with the blue tiles externally. The lighting was done very discreetly using LED strips and the dome which is the landmark has been highlighted with illumination transforming the place into a visual beauty, uplifting and ethereal, try and be there at early dawn or soak in the tranquility of the setting sun….. 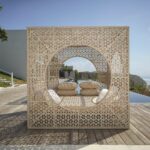 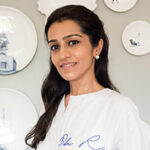