The Dakshineswar Kali Temple is rooted in deep spirituality, a socio-political statement, and a beautiful example of the ancient Bengali style of temple architecture

Located on the banks of the Hooghly River, the Dakshineshwar Kali Temple is one of the most popular places of worship not only in Kolkata but all across eastern India. The temple was founded by Rani Rashmoni in 1855, a philanthropist and an ardent devotee of goddess Kali. The presiding deity of the temple is Bhavatarini, an aspect of goddess Kali. The 19th-century mystic sage and reformer Ramakrishna Paramhansa and his wife Sarada Devi were associated with this temple for a major part of their lives.

The temple is built in the traditional nine spires style following the Bengal School of Architecture. The three-storeyed south-facing temple has nine spires in the upper two storeys. It stands on a high platform with a flight of stairs. The idol of Bhavatarini standing on Lord Shiva is securely housed inside the garbha griha (sanctum sanctorum). Both the idols are placed on a thousand petal-lotus flowers made of pure silver. Opposite the main temple, a row of 12 identical Shiva (mini) temples stand facing east. These are built in the style of Bengal architecture. A Vishnu temple is located on the extreme northeast of the main complex and houses the idols of Radha and Krishna. A small temple dedicated to Rani Rashmoni was added later and is located near the entrance.

One of the top religious places in Kolkata, Dakshineshwar Kali Temple attracts thousands of devotees every day. Pay homage, watch the aarti, take a dip in the river or simply watch the sunset sitting at the ghats of Hooghly & mdasha visit to the iconic temple is a must if you are in Kolkata. If a temple that has always been revered as one of the holiest temples in Kolkata by all the local residents, it is the Dakshnineswar Kali Temple.

The temple has been there in the city for ages and has always been one of the most important places of worship for the Bengali population at large. Apart from the local population of Kolkata and devotees from other neighbouring towns of West Bengal, the Dakshineswar Kali Temple also sees the presence of tourists who visit this place in great numbers, both for offering their prayers and also for exploring an age-old temple that has no less than a heritage status in the city now. As far as the Dakshineswar Kali Temple timings are concerned, the temple is open from 6 am in the morning to 9 pm at the night.

The Dakshineswar Kali Temple is not just any other temple dedicated to Goddess Kali. The temple has also been an important part of West Bengal’s history. While the spiritual history of this temple has the mystic sage and reformer Ramakrishna Paramahansa and his wife Sarada Devi attached to it, it is also the socio-political history which is also associated with this temple. Founded by Rani Rashmoni of Bengal in 1855, the Dakshineswar Kali Temple came into being just two years before the Sepoy Mutiny of 1857, or which is also popularly known as India Rsquo’s first war of Independence. It is also the architecture of this temple that has a historical touch to it. After all, the temple has been built in the most traditional form of architecture that most ancient Bengali temples are known to have. The beauty and charm of the Dakshineswar Kali Temple is known to be such that a trip to Kolkata is often said to be incomplete without a visit to this temple. 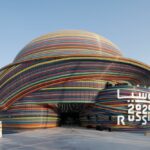 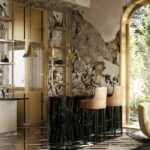