Armani Hotels & Resorts and Diriyah Gate Development Authority (DGDA) has announced plans for a signature Armani Hotel to be built in the city of Diriyah, Kingdom of Saudi Arabia, an area set to become an extraordinary international cultural and lifestyle destination inspired by the rich heritage of
the country. With resemblance to Armani Hotels & Resorts’ current hotels in Dubai and Milan, the property will be managed by Emaar Hospitality Group.

The 300 year-old site located just 15 minutes from Riyadh is the birthplace of the Kingdom and the capital of the First Saudi State. The area is home to the UNESCO World Heritage Site, At-Turaif, the valley and lush palm groves of Wadi Hanifah, and will soon include the Diriyah development, an acclaimed pedestrian-centric project that preserves the rich history and culture of Saudi Arabia. Upon completion, Diriyah will comprise 13 unique districts inclusive of museums, cultural institutions, fine dining, residences, hospitality offerings, office space, retail, and outdoor attractions. The
development is a key driver of the Kingdom’s Saudi Vision 2030.

Giorgio Armani said, “This is a pioneering project that was borne from rediscovering Saudi Arabia’s roots: a dialogue between history and the present that I find very fascinating. Armani Hotel Diriyah allows me to interpret my idea of lifestyle and hospitality in a particularly subtle and embracing way. After celebrating the tenth anniversary of the opening of the Armani Hotels in Milan and Dubai, I am ready to take on this exciting new challenge. I am inspired by this initiative and delighted to be part of a project of such wide geographical and cultural scope.”

Jerry Inzerillo, Group CEO of Diriyah Gate Development Authority commented, “It is an honour to partner with Armani Hotels on this prestigious project. Their elegant and forward-thinking approach to modern hospitality will bring a new dynamic to Diriyah’s hospitality offering and bring with it an exciting guest experience to the Kingdom. As we develop what will become one of the world’s great gathering places, rich in culture, history and authenticity, we are proud to partner with brands such as Armani who demonstrate such a timeless approach to hospitality.” Armani Hotels & Resorts was founded in 2005 thanks to an agreement signed by Giorgio Armani S.p.A. and Emaar Properties for the development, ownership and management of an exclusive series of hotels, resorts and residences located in the most important cities and exclusive tourist destinations around the world.

The first hotel opened inside the Burj Khalifa in 2010, the world’s tallest building, built by Emaar Properties as part of its prestigious Downtown Dubai project. Armani Hotel Dubai spans more than 40,000 square metres and comprises 160 rooms and suites, nine restaurants and a spa. In addition to the hotel, the Burj Khalifa offers 144 luxury residential flats, all designed by Giorgio Armani and entirely decorated with a specially created line of products from the Armani/Casa collection.

Armani Hotel Milano, the second hotel opened by Giorgio Armani in collaboration with Emaar Properties PJSC, is located in the rationalist-style building originally designed in 1937 by Enrico A. Griffini on Via Manzoni, in the prestigious Quadrilatero della Moda, Milan’s fashion district. With its 95 rooms, business centre, gym, spa and Armani Ristorante, the hotel offers an intimate experience in line with the Stay with Armani philosophy. The third Armani property globally, Armani Hotel Diriyah represents a new interpretation of Armani hospitality, conversing with the unique architecture and landscape of the destination. Armani Hotel Diriyah, developed by Diriyah in collaboration with Mr. Giorgio Armani and his inhouse interior design team and the architects who are involved in the design of the development, is characterised by essential lines that enhance the precious materials utilised, and a subtle interplay of volumes, light and shadow perfectly in line with the aesthetics and landscape of Saudi Arabia.

Overlooking Diriyah’s ultra-luxury hospitality and retail quarter, it will include 70 luxuriously designed rooms, two restaurants and a high-end spa, with suites having their own spa and a swimming pool, offering a variety of wellness, hospitality and relaxation experiences. The hotel is connected to approximately 18 exclusive self-contained ultra-luxury Armani Branded Residences– designed and furnished by Armani – with spacious interiors and outdoor pools, landscaped terraces and rooftops.

The Diriyah development is designed to become one of the Middle East’s most walkable, pedestrianised cities and, upon completion, will be a key culture and heritage site. It has been designed to honour the heritage of the area with traditional Najdi architectural design principles, including low-rise, compact and organic architecture, rooftop terraces, decorated doors, and large courtyards. Each district within the development will be highly walkable with easy connections to the sights and attractions within the area, all of which will ensure that Armani Hotel Diriyah fits organically into this rich urban and cultural fabric. 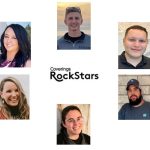