The Dilwara Temples or Delvada Temples are a group of svetambara Jain temples located near the Mount Abu settlement in Sirohi District, Rajasthan, that date between the 11th and 16th centuries, making them some of the most famous monuments in the style of Maru-Gurjara architecture.

The Dilwara Temples or Delvada Temples are a group of svetambara Jain temples located about 21⁄2 kilometres from the Mount Abu settlement in Sirohi District, Rajasthan’s only hill station. The earliest were built by Bhima Shah and supposedly designed or at least financed by Vastupala, Jain minister of Dholka. They date between the 11th and 16th centuries, forming some of the most famous monuments in the style of Maru-Gurjara architecture, famous for their use of a very pure white marble and intricate marble carvings.They are managed by Seth Shri Kalyanji Anandji Pedhi, Sirohi, and are a pilgrimage place for Jains, and a significant general tourist attraction. Although Jains built many temples at other places in Rajasthan, the Dilwara temples are believed to be the most impressive.

The five Dilwara Temples are among the most famous Jain temples. The Vimal Vasahi is much the earliest, constructed by 1031, with the Luna Vasahi by 1230, and the others at intervals between 1459 and 1582. All are in a very white marble that adds greatly to their effect, and remain in use. The oldest and largest two have large amounts of intricate carving even by the standards of the style, reaching a peak in the Luna Vasahi temple. The main buildings of the first three named are surrounded by “cloister” screens of devakulikā shrines, and are fairly plain on the outer walls of these; in the case of the Vimal Vasahi this screen was a later addition, around the time of the second temple. These three have an axis from the sanctuary through a closed, then an open mandapa to an open rangamandapa, or larger hall for dance or drama. Surrounding the main temple with a curtain of shrines was to become a distinctive feature of the Jain temples of West India, still employed in some modern temples.

The temples have an opulent entranceway, the simplicity in architecture reflecting Jain values like honesty and frugality. The ornamental detail spreading over the minutely carved ceilings, doorways, pillars, and panels is considered to be remarkable. It is said that workmen were paid in gold according to the weight of marble powder scraped off.

The temple complex is in the midst of a range of forested hills. There are five temples in all, each with its own unique identity. All the five temples are enclosed within a single high walled compound. The group is named after the small village of Dilwara or Delvara in which they are located. Read on to know about each of the temples and their architectural design.

The Adinatha or Vimala Vasahi Temple is carved entirely out of white marble and was mostly built in 1032 by Vimal Shah, a minister of Bhima I, the Chaulukya king of Gujarat. The outer mandapa is an addition of the next century. The temple is dedicated to Lord Rishabha.The temple stands in an open courtyard surrounded by a corridor, which has numerous cells containing smaller idols of the tirthankaras. The richly carved corridors, pillars, arches, and ‘mandaps’ or porticoes of the temple are simply amazing. The ceilings feature engraved designs of lotus-buds, petals, flowers and scenes from Jain mythology. The figures of animal life, life journey from dream to incarnation of tirthankars are carved. The Navchowki is a collection of nine rectangular ceilings, each containing carvings of different designs supported on ornate pillars. The Gudh mandap houses two idols of Parshvanatha and is a simple hall. The Hastishala (Elephant courtyard) was constructed by Prithvipal, a descendant of Vimal Shah in 1147-49 and features a row of elephants in sculpture with the members of the family riding them.

The Luna Vasahi or Neminatha temple is dedicated to Lord Neminath. This magnificent temple was built in 1230 by two Porwad brothers – Vastupal and Tejpal – both ministers of a Virdhaval, the Vaghela ruler of Gujarat. The main hall or Rang mandap features a central dome from which hangs a big ornamental pendant featuring elaborate carving. The Navchowki features some of the most delicate marble stone cutting work of the temple. The ceilings of the temple depicts scenes of the life of Neminatha with image of Rajmathi. The Kirthi Stambha is a big black stone pillar that stands on the left side of the temple. The carvings of devkulikas and Chakreshvari on the ceiling of the temple are also noteworthy. The remaining three temples of Dilwara are smaller.

This temple, also called the Adinatha temple, was built by Bhima Shah, a minister of Sultan Begada of Ahmedabad, between 1316-1432 AD. A massive metal statue of the first Tirthankara, Rishabha Dev (Adinath), cast in five metals, is installed in the temple. The main metal used in this statue is ‘Pital’ (brass), hence the name ‘Pittalhar’. The name of the temple is also mentioned in an inscription dating back to 1432, found in Digambar shrine in Dilwara complex.

This temple, dedicated to Lord Parshvanath, was built by Sangvi Mandlik and his family in 1458–59. According to popular belief, masons offered free remaining stones of Vimala Vasahi and Luna Vasahi to add to the marble since the temple was built of grey stone. It consists of a three-story building, the tallest of all the shrines at Dilwara. Not all of the tower remains. The outer walls of the sanctum comprise ornate sculptures in grey sandstone, depicting Dikpals, Vidhyadevis, Yakshinis, Shalabhanjikas and other decorative sculptures comparable to the ones in Khajuraho and Konark.

This is a small structure constructed in 1582 and dedicated to Lord Mahavira. It is a small temple with carvings on its walls. On the upper walls of the porch there are pictures painted in 1764 by the artists of Sirohi. There are detailed carvings of flowers, pigeons, court-scene, dancing girls, horses, elephants, and other scenes. Outside the shrine, there is a marble slab of rectangular shape with a triangle stone over it containing 133 images of miniature-sized tirthankar with a larger image in center.

The temples have undergone repairs from time to time. Allauddin Khilji had attacked and damaged the temples in 1311. In 1321, Bijag and Lalag of Mandore had undertaken repairs.

In 1906, Lallubhai Jaichand of Patan had the temples repaired and reconsecrated on April 25, 1906, under the supervision of Yati Hemasagar. Extensive repairs were again undertaken during 1950-1965 by Anandji Kalyanji with the work done by the Sompura firm Amritlal Mulshankar Trivedi. The older marble has a yellow patina, whereas the newer marble is white. 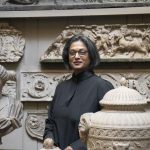 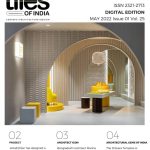