Architecture projects to look forward in 2022

2022 will be a year of many new openings and completions, we present the top 8 architecture projects to look forward to from all over the globe!

Taipei Performing Art Centre, OMA Architects
After much anticipation, the Taipei Performing Arts Center will finally open
its doors in the Taiwanese capital in March 2022. The cultural venue, which
was first unveiled by OMA in 2009, features three unique theatres that plug
into a central glass cube. Unlike traditional theatres, all of the backstage
areas will be made visible to the public via a looping circulatory space.
Xi’an International Football Centre, China, by Zaha Hadid Architects
This year will see the completion of a palatial football stadium by Zaha
Hadid Architects, ahead of the 2023 AFC Asian Cup. Among its defining
features will be towering columns and an overhanging roof, which provides
shelter for a series of planted terraces on its south-facing elevation.

Sydney Modern in Australia, SANAA
In Australia, SANAA will complete its extension to the Art Gallery of New
South Wales, which has been designed to contrast the existing gallery’s
neo-classical architecture. The extension will be composed of a series of
cascading glass-walled pavilions and incorporate an underground gallery
built in a converted oil tank that dates back to the second world war.

intended to evoke the “craftmanship of boats” and will feature a large
opening in its facade that guides visitors down to the water’s edge.

DJI Headquarters, China, by Foster + Partners
Foster + Partners has a number of projects due for completion in 2022, but
one of the most unusual is the headquarters it has designed for robotics
company DJI in Shenzhen (pictured above and top). It comprises two
towers with expressed steel trusses, which will be linked by a curved
skybridge designed to show off the company’s latest drone technology.

Nanjing Zendai Himalayas Center, China, by MAD
Another late arrival in 2022 will be the mixed-use Nanjing Zendai
Himalayas Center, which also featured on our list of projects to look
forward to in 2020. Designed by MAD, the 560,000-square-metre complex
comprises a mix of small buildings, green spaces and elevated pathways
that are bordered by mountain-like towers with cascading louvers.

Valley, Netherlands, by MVRDV
In the Netherlands, the Valley complex by MVRDV will open with three
mixed-use high-rises that are lined with projecting stone-clad windows and balconies. While the building’s construction has already finished, its “green
layer” of 13,000 plants, trees, and shrubs is now being left to grow over the
building’s uneven edges in time for the 2022 opening. 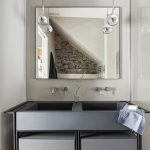 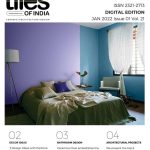