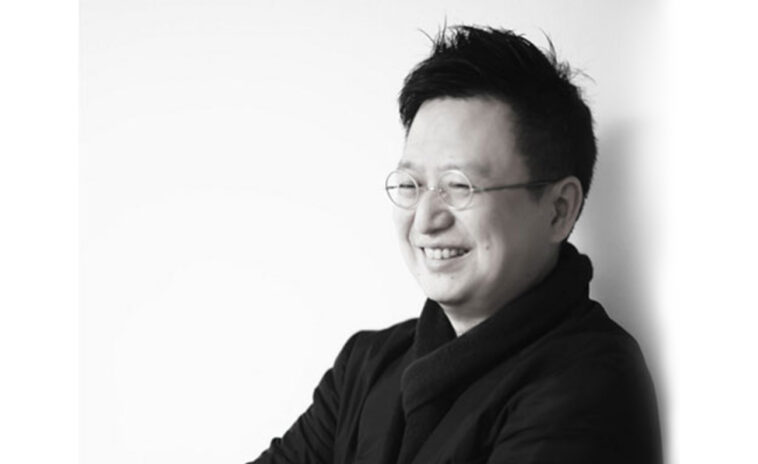 CJ Studio regards architecture and design as social events rather than just creation of art. In other words, it is an entrance to the world as well as an endless discovery.
For this long-term discovery, every design project is a precious experience, and every project is also a new venture into itself. It becomes possible to delve deeper and understand the order and geometrical relationship that lies beneath the real world connecting the past to the future through analyzing, integrating and rediscovering in multiple conditions.

His latest project Bella Casa – The building, located in a boundary between office and residence area, used to be a two-storey restaurant and has now been converted into a showroom for European imported tile. The design infuses an active rhythm into the project in a subtle fashion, thereby creating a wonderful disruption in the monotony of the surrounding environment. By shifting various tilting angles on different levels, the architectural masses are crisscrossed against each other to create multiple visual dimensions on the site. On the ground floor, in order to respond to the turning corner, an extra mass, like an unfolding fan, moves outwards that transforms the original L-shaped footprint into a triangle mass. The first floor remains the same and a folded decorative facade is installed on rooftop. Together all three interlaced levels compose a dynamic rhythm, like a cut-and-fold paper sculpture existing in the urban context. The notion of multiple axes inspired by paper sculpture extends from exterior to interior space. In contrast to the original structural system, both the newly added triangle extension and the rotated mezzanine present alternative dimension that intervenes the orthogonal system. Especially the mezzanine, positioned at a visual focus as a critical core that leads to the upper floor, creates a winding circulation and several cut off zones. This creates a wandering experience within the showroom and provides various perspective angles highlighting the product display. More importantly, each show zone is arranged spatially, located deliberately right on the encounter of various axes rather than exhibited conventionally subordinated to an axis, which provokes more dynamic activities within the space and are no longer just static showcases. Thus, visitors experience the product as well as the space simultaneously creating a more enriching and intimate relationship. Thus, the whole building is not just a traditional showroom but a virtual villa where the visitor experiences life events that become a part of their memories. 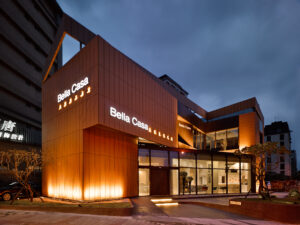 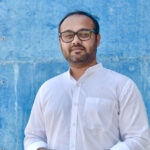 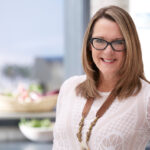