Cersaie is just around the corner and its famous cultural program “building living thinking” of Cersaie 2019, is now in its 11th edition. On Wednesday 25th, September 2019, architect Anupama Kundoo who, at 4.00 pm at the Architecture Gallery, will hold a conference focused on their own design experience.

Internationally renowned, Anupama Kundoo, born in Pune, India in 1967, demonstrates during her multi-award-winning career that began in 1990, a strong focus on research and testing of materials aimed at architecture with low environmental impact and appropriate to the social context economic in which it stands. Kundoo has built a lot in India but has had the opportunity to design, research and teach in various cultural contexts, in every part of the world: TU Berlin, AA School of Architecture in London, Parsons New School of Design in New York, University of Queensland Brisbane, IUAV Venice and ETSAB Barcelona. She is currently a professor at the UCJC in Madrid, where she is President of “Affordable Habitat”. She is also Strauch Visiting Critic at Cornell University.

Anupama Kundoo’s work also extends to urban design, thanks to his experience in rapid development-related urbanization – of which she has written extensively. Recently she proposed strategies for the construction of a city of the future in Africa, presented at the Milan Triennale in 2014.

She is the author of “Roger Anger: Research on Beauty / Recherche sur la Beauté, Architecture 1958-2008”, published in Berlin by Jovis Verlag in 2009. Her latest publication is a chapter in the book “Rethinking accessibility in economic terms and environmental “in Routledge’s book” Inclusive urbanization: rethinking politics, practice, and research in the era of climate change “in 2015. Graduating in 1989 at the Sir JJ College of Architecture in Mumbai, Kundoo received her Ph.D. at TU Berlin in 2008 and already in 2013 obtained an honorable mention within the ArcVision for Women in Architecture International Award for “Her dedication to addressing the problem of accessibility in construction and sustainability in all its aspects”. 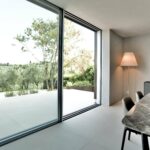 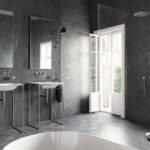