Architect Bipratip Dhar renovated the annexe building of the Dalhousie Institute, by adding various new facilities, at the same time restoring and enhancing its original beauty.

Located in Kolkata, the “Dalhousie Institute” has a great historical background. The foundation stone of the DI – which was then located in Dalhousie Square – was laid on March 4, 1865, by the then Lieutenant Governor of Bengal, the Hon’ble Cecil Beadon. During World War II, the Institute was requisitioned for the use of US troops and in 1956, the DI moved to its present location, which was once the garden house of the family of Gen J N Chowdhury.

The original heritage building houses a lounge, a pub, and the main bar other than some administrative offices of the club. The annexe building which came into existence much later used to accommodate badminton courts, a dining hall, and multipurpose halls. Facing a lot of structural problems from the existing structure and with the members’ facility needs growing over the years, this structure was on the verge of being torn down and replaced with a new building.

However, due to various constraints, the institute decided to upgrade the existing premise along with a facelift of the façade and surrounding, restoring, and enhancing the original beauty. Thus, the new facility has badminton courts, designed to double up as a performance hall for indoor functions, a family lounge, dining area, and a library.

The air-conditioned badminton hall wears a wood-paneled look where considerable attention was placed on the acoustical performance. The buoyant hardwood flooring assists players, adding to the warm ambience. Floor to ceiling openings were created in all the areas widening and elongating existing window openings, enhancing views, and bringing in natural light. Dual pitch ceilings with wooden rafters embellish the lounge and dining areas designed along with the existing slope roof structure. Street artists were engaged to decorate a long wall along with the family lounge, depicting a collage of various images of people and liveliness within the premise.

The warmth of the wooden panels continues into these areas looking out to uninterrupted views of the surrounding. The library wears an old-world charm, with conventional sloped desks for reading and heavily carved wooden chairs. A collage of Hand written documents dating back to the 1860s adorn the ceiling elaborating activities of that era.

The exterior underwent a complete overhaul akin to the interior, with corrections in space planning required in the entire premise. Therefore, separate service entrances and corridors, mechanical and electrical service rooms, accommodation for staff; were planned, – decluttering the area and avoiding interference with guest movement. The orderly arrangement of service areas also resulted in unblocking the façade, larger entrance gates, and parking area, facilitating easy vehicular and pedestrian movement.

Pockets of greenery, to act as screens, were planned wherever necessary other than highlighting the existing trees around the premise. The façade complete with the shingled roof, colonial balusters, wooden rafters, and the surrounding- all bring about the magical, surreal look of the bygone era intermingling with modernity in sync with the changing times. 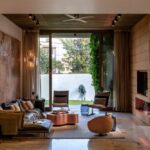 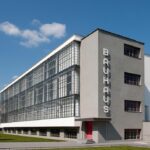