Cepezed has transformed a former Shell office at 75 Oostduinlaan, into a resident living in park Hoog Oostduin

Cepezed has been developing, designing and realizing buildings that are both modern and timeless since 1973. The office has a broad portfolio, ranging from buildings for living and working to projects for healthcare and relaxation. They also design infrastructure and building products.

Their recent project in park hoog oostduin, Netherlands is the residents, is a transformation of the former Shell office at 75 Oostduinlaan, which had long been part of the Shell campus in the stately Benoordenhout district, a city in Netherlands.

The 1968 ensemble was originally designed by H.E. Oud, son of the well-known modernist architect J.J.P. Oud. The most important part consisted of a considerable high-rise block, visible from afar in many places in the city.

The transformation has been entirely focused on sustainability and maximum quality. The complex was outdated aesthetically, functionally, and regarding construction physics. It had to be transformed into a high-quality residential environment; with comfortable apartments in the higher segment of the market and embedded in an overall experience including a pleasant urban setting. Also important was a high degree of comfort and facilities for the residents.

The existing situation posed a considerable challenge for this purpose, but it certainly also had qualities, such as its location amid the green, expansive views and a fine-meshed stability structure of the high-rise building. Cepezed was elected as architect because of its experience with complex transformations and a plan that offered maximum solutions and possibilities combined with a minimum of highly purposive interventions.

The design is based on and makes use of existing characteristics and qualities as much as possible. However, the existing low-rise was unsuitable for housing. Hence, this structure has been demolished and replaced by new construction.

In the new setting, the high-rise is called Hoge Duin (High Dune). With a structural grid of 1.80 m, the building consisted of office strips along the façades, a core strip with stairs, lifts and shafts in the heart and corridors to the offices on either side of the core.

Therefore, the dwellings do not have a traverse-like typology with windows on the front and back. Instead, they are oriented along the façades, just like the offices before. As a result, they receive a lot of daylight and have a panoramic view; of the city center on one side of the building and the sea on the other. Just like the large free height of the apartments, this contributes to an enormous spatial experience.

However, the existing office strips were not deep enough for the homes. In addition, the apartments had to have large, spacious outdoor areas. On the sea side, therefore, the former corridor has been added to the houses, while loggias have been created here within the existing building contour.

On the city side, the building has been provided with an extension three meters deep, containing balconies and extra living space. This extension consists of a steel “rack” with floors of composite slabs with profiled steel sheeting. The rack is relatively lightweight and transfers its loads to the existing construction and the existing basement, so that it could be realized without additional foundation. All apartments are accessed via the former corridor on the city side. For a pleasant, open and spatial experience, voids have been created in the access zone. 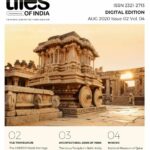 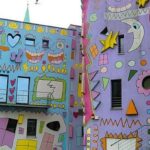