Magnificence epitomized, ebullient grandeur, these are the things that Greco Roman architectural style is known for. Here is an overview…

Greco- Roman architecture is defined and known all over the world for its sheer magnificence, huge columns, defined structures, and iconic beauty. Whenever we think of large, beautiful structures there is a strong possibility we are thinking of a building built in the Greco Roman architectural style, such is its strong influence over design through the ages. Greco-Roman architecture in the Roman world followed the principles and style that had been established by ancient Greece. That era’s most representative buildings were the temples with the use of three primary styles of column design in classical Greece – Doric, Ionic, and Corinthian.

The term “Greco-Roman world”, as understood by modern scholars and writers, refers to geographical regions and countries that culturally and so historically were directly and intimately influenced by the language, culture, government, and religion of the ancient Greeks and Romans. A better-known term in classical civilization. In exact terms the area refers to the “Mediterranean world”, the extensive tracts of land centered on the Mediterranean and Black Sea Basins, the “swimming pool and spa” of the Greeks, and the Romans in which those peoples’ cultural perceptions, ideas, and sensitivities were dominant.

In the schools of art, philosophy, and rhetoric, the foundations of education were transmitted throughout the lands of Greek and Roman rule.

Greco-Roman architecture in the Roman world followed the principles and style that had been established by ancient Greece. Although the most striking examples were of temple buildings, the style included government buildings like the Roman Senate and cultural structures like the Colosseum with the focused use of three primary styles of columns from classical Greece which were Doric, Ionic, and Corinthian. Some examples of Doric architecture are the Parthenon and the Temple of Hephaestus in Athens, and the Erechtheum, next to the Parthenon, is Ionic.

A very good example of Roman expertise overbuilding methods the Greco Roman style left an indelible mark on the global evolution of architecture with its signature buildings – conservative, tall, expansive, wide creations in marble or limestone. They had mastered a number of important architectural techniques, including the arch, the dome, and the vault, as well as the use of concrete.

The Romans were tremendous builders, engineers, and architects in their own right, but in the course of conquering the western world, they were heavily influenced aesthetically by the Greeks. The Greeks and Romans were great innovators who created new techniques, invented new materials, and created architectural structures such as the basilica, triumphal arch, monumental aqueduct, and the amphitheater. Aqueducts were first designed by the Romans along with the arches.

Aqueducts were bridges used to channel water from one place to another. The Romans didn’t just build aqueducts in Italy but as well in Germany, France, Spain, and Turkey. Greco – Roman style has captured our fascination with its eternal quality and has had the largest influence in Western culture. It can be found all over the world today with elements of it seeping even into modern everyday design. 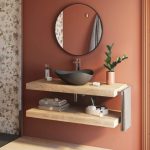 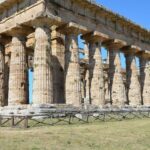