Designer Sarah Ward has given a British charm to a residence situated in the Westminster area near Buckingham Palace. This unique project takes place in Westminster, a bustling government area near Buckingham Palace. The briefing was clear and the interior designer, Sarah Ward, wanted to create a timeless space that would make anyone feel at home.

To do so, amongst a delightfully well-curated selection of furnishings and art pieces, she chose a unique BRABBU accent chair whose design transcends time: CAYO Bold Armchair.

The base inspiration for the entire furnishing concept was an endearing patterned stool fabric from Aboytt and Boyd. Ward started with the pattern and went on from there to find other colors, textures, and pieces of furniture to serve as pieces of this magnificent up-scale puzzle.

While crafting this spectacular interior, the designer came across a daunting challenge: ceiling heights. High ceilings have always gone hand in hand with luxe living, but they were nowhere to be found on the property.

To combat this, ceilings were physically heightened wherever possible, and LED strip lights were used to wash the ceiling to create the illusion of augmented space. These lights not only visually raise the ceiling level but also create an understated sense of calm.

This sense of easiness is further heightened by the neutral hues that grace the entire home. Soft shades of cream, bone, and brown gave the residence an airy feel that not only visually expands it, but also makes it more widely inviting. The breeziness of these shades is contrasted by sultry, opulent textures – such as velvet and silk – in rich, jewel shades, granting an indulgent pop of color.

A perfect example of this is the CAYO Bold Armchair by BRABBU that sits in the living area. Custom made in a dashing olive shade, this velvet armchair was inspired by a Cuban island, overflowing elegance and adding a uniquely stylish twist. 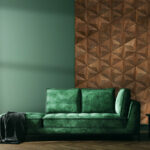 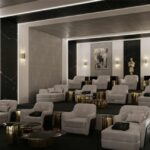 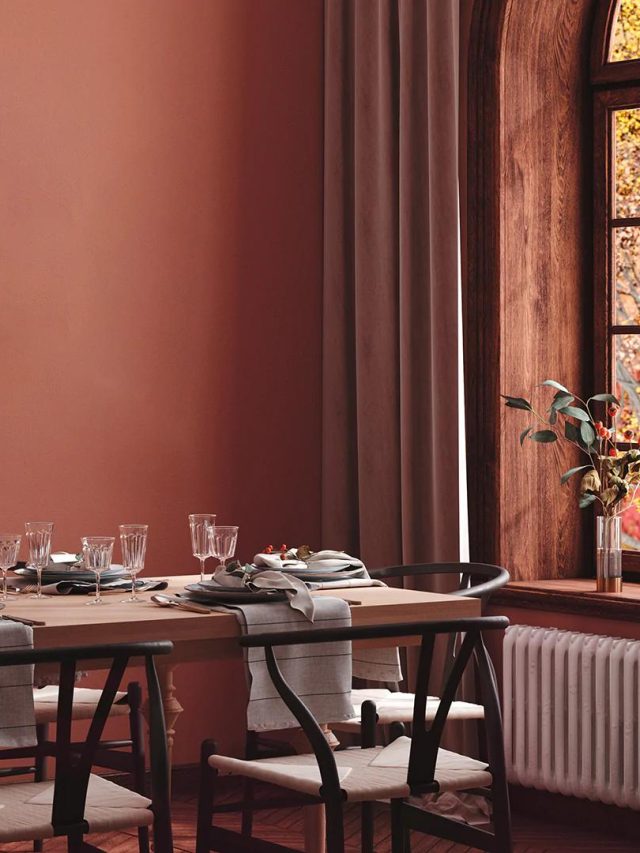