The 60th Edition of Salone del Mobile. Milano will be hosting talks from an all female trio, Maria Cristina Didero, Beatrice Leanza and Chiara Alessi.

The 60th edition of Salone del Mobile. Milano offers visitors, alongside the purely commercial offering, a packed program of meetings, reflecting on how social, business, educational and design activities influence and have a positive effect on the future of the planet.

The Salone del Mobile.Milano will be holding its program of Talks, a space for exchanging and pooling ideas for a more equitable society and a more sustainable world. Prominent figures from the design, technology, art, performance, education and communication worlds take the spotlight in these conversations organized by the Salone, arranged with the aim of promoting design, lateral thinking, creativity, taking a critical approach, encouraging training and the exchange of knowledge – all characteristics inherent in those involved with the world of design – on behalf of a true ecological transition.

An all-female trio, Maria Cristina Didero, Beatrice Leanza and Chiara Alessi, will be hosting the Talks program at the 60th Salone del Mobile.Milano, from 7th to 12th June, at the “Design with Nature” area, in S.Project’s Pavilion 15. The meetings can also be streamed on the Salone del Mobile.Milano digital platform. Wednesday 8th June, at 4pm, Maria Cristina Didero, Curatorial Director of  Design Miami/ 2022, as well as a consultant and writer, will host a panel named “Sustainability: Three Different Episodes”.

Those taking part will be: Victoria Siddall, a non-executive Director of Frieze, Chair of the Trustees of  Studio Voltaire, and a founding member and trustee of the Gallery Climate Coalition; Daan Roosegaarde, creative thinker, artist, innovator and developer of social projects exploring the relationship between people, technology and space; and Eva Feldkamp, founder and Director of All in Awe, a social enterprise that puts architects and designers in touch with non-profit organisations.

Their contributions will focus on transformation, research and sustainable innovation. Friday 10th June, at 4pm, Beatrice Lanza, who has helmed international institutions such as the Lisbon Museum of Art, Architecture and Technology and Beijing Design Week, will host Liam Young, an exponent of speculative architecture, and the filmmaker, Anab Jain, critical designer and co-founder of Superflux Studio, and solar designer Marjan van Aubel at a talk titled “The Design and Science of Worldbuilding”.

The meeting aims to trigger reflection on speculative design and experiential storytelling practices as crucial tools for decision-making processes and long-term strategic planning, in both business and politics, geared to the survival of the planet. Saturday 11th June, at 3pm, essayist and curator Chiara Alessi, will feature Marco Dambrosio, known as Makkox, an illustrator and television writer, to discuss and reimagine, through Alessi’s narrative and Makkox’s artistic immagination, the sixty years of the Salone. 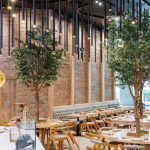 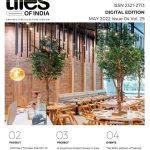