Herzog & de Meuron’s controversial, The Triangle Tower in Paris has been approved by the Administrative Court of Paris, released in a press statement on May 6, 2019. The 41-story tower, located in the Porte de Versailles site in Paris 15TH arrondissement, was a speculative project since it was revealed first in 2008. The 180-meter Triangle Tower was fiercely criticized by the residents since it would create a “devastating” effect and “block” the city skyline, which was described as irrelevant to the context. Architecture historian William J. R. Curtis evaluated Herzog & de Meuron’s Triangle Tower as irrelevant extravaganza leading to the destruction of collective memory and urbanity in The Architectural Review in May 2015.

The project was first rejected in late 2014, after some subsequent revisions on the building; the tower was approved by the Council of Paris in 2015.

Now in a press statement by the Administrative Court of Paris, it was said that “the court ruled stating that the building permit for the Triangle Tower is not unlawful.” Finally, the Mayor of Paris did not commit a manifest error of assessment in considering that the Triangle Tower projects are not likely to affect the character or the interest of the neighboring places and the monumental perspectives, said the court decision. 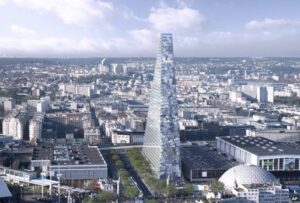 The Triangle Tower will contain a 120-room four-star hotel, co-working office space, and cultural facilities. Situated along the avenue, the project is located at the heart of the Parc des Expositions site, set back from the surrounding residential areas. The building’s trapezoidal footprint is generated by rotating the north and south axis from the rectangular plot to create a dynamic setback from the peripheral boulevard to the south and from the Palais des Sport to the north.

The volume also takes into account the impact of a high building on its environment. Its triangular shape reduces casting shadows on adjacent residential buildings. The environmental approach of the project is also perceptible in its simple, compact volume, which limits its ground impact,” said Herzog & de Meuron. 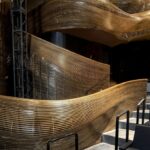 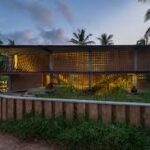