Ceramics and clay have had an undeniable resurgence in the past few years and with the aim of taking ceramic art into the larger contemporary art world, India’s first ceramic triennale is taking place at the Jawahar Kala Kendra (JKK), Jaipur from August 31 to November 18, 2018.

‘Breaking Ground’, organized by Jawahar Kala Kendra (JKK) in collaboration with the Contemporary Clay Foundation, will feature 35 Indian and 12 international artist projects that will explore the unconventional dimensions that ceramic has as a medium of art.

Anjani Khanna, Director, Contemporary Clay Foundation and a member of the Curatorial Team says, “We seek to broaden the horizon of the medium of clay. The Ceramics Triennale, aims to showcase alternative, experimental and experiential uses of ceramics within and beyond the boundaries of the traditional gallery. You see this in the artworks of both Indian and international artists like Shampa Shah from India and Ingrid Murphy from the UK, for instance.”

There has been a huge expansion in ceramic art in India and abroad and the idea of representing ceramics in a broader contemporary context has become imperative to express the versatility of a medium in which many artists work. The projects in the Triennale explore themes of scale, site specificity and/or concept through installation, interaction, technology and performance.

Regarding Ceramics, Peter Nagy, Director, Nature Morte Gallery says “Long relegated to the status of second-class citizen in the world of art, in the 21st Century ceramics have taken on a renewed urgency and relevance in international contemporary artistic practice… The Indian Ceramics Triennale will highlight the finest practitioners of experimental ceramics working today, those who are expanding our concepts of an ancient medium claiming its place in the future.”

The Indian artists were selected through a nationwide open call and foreign artists through invitation. Stalwarts like P Daroz and Ray Meeker, along with a diverse group of both emerging and mid-career Indian artists have taken advantage of the unique spatial possibilities offered by the Jawahar Kala Kendra to produce an array of stimulating, thought-provoking works.

The event will also feature 10 artist collaborations, 12 speakers, a symposium, film screenings and workshops seeking to “broaden the horizons of the medium of clay”.

“For over a decade, Indian ceramic artists have been breaking ground around the worldChina, Japan, Korea, Australia, Spain, the UK and USA. It’s high time to break a bit of ground at home,” Meeker said.

According to Sood, the Triennale will play a significant role in giving ceramics its due stature as an independent art form.

“In a country like India where ceramics and clay have always been considered as artisanal craft, the Triennale will increase visibility and allow ceramics to be appreciated as an art form in its own right,” she said.

The event will come to a close on November 18.

Workshops (Adults and Children) | Ongoing through the duration of the Festival

Master Classes | Ongoing through the duration of the Festival

Film Cycle | Ongoing through the duration of the Festival 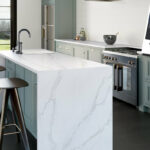 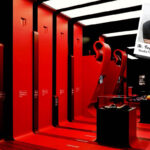