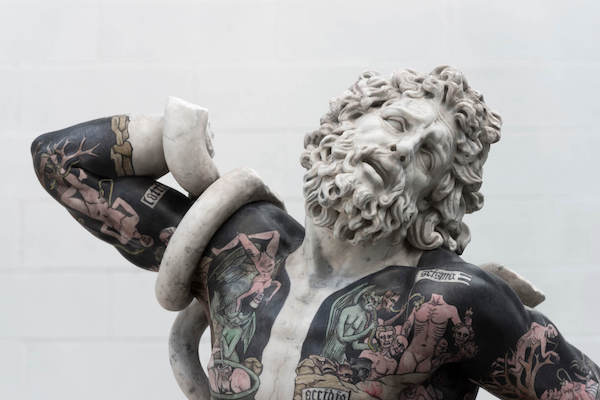 When the classic meets the contemporary through the most unconventional mediums, there is palpable electricity that can leave you pleasantly stunned, mesmerized, or completely enchanted, or in the best scenarios, all of the above!  Fabio Viale’s work does exactly that! Fabio is an Italian sculptor who tattoos his marble sculptures. The main feature of his tattooed marble sculptures is that they are not colored on the surface, not painted over, but tattooed with the ink infiltrating the marble in a very similar manner as tattoos penetrate human skin. It is the magical mix of classicism with the smoothness of the surface of marble and the dark moody nature of the tattoos that make his work unique, almost iconoclastic. 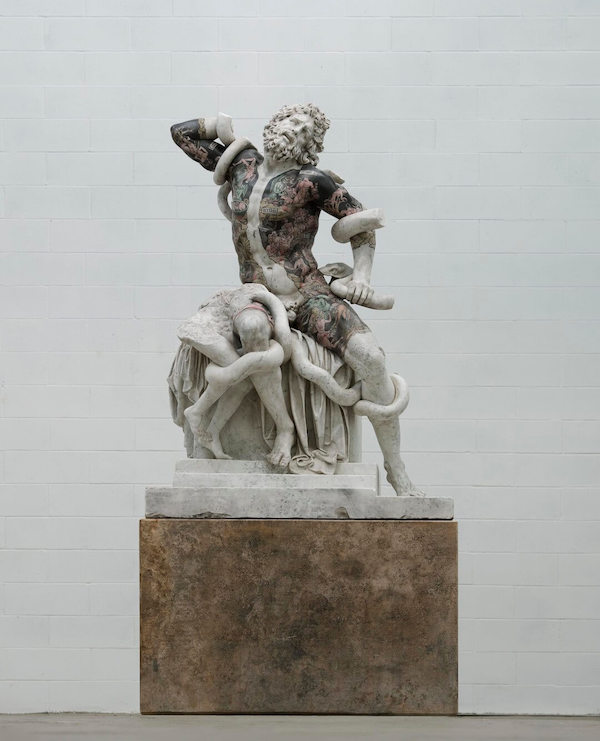 Fabio Viale was born in Cuneo in 1975. He took a liking to marble at the age of 16, when he attended art school (the academy of fine arts in Turin) and discovered his passion for the material. After his studies at the artistic high school and at the Accademia di Belle Arti in Turin, Italy he started to work professionally as a sculptor.

In adolescence, he quickly gained fame in the craft sector and among some antique dealers. Initially, he produced architectural design components and statues for the monumental cemetery of Milan, before starting an independent career as a contemporary sculptor. 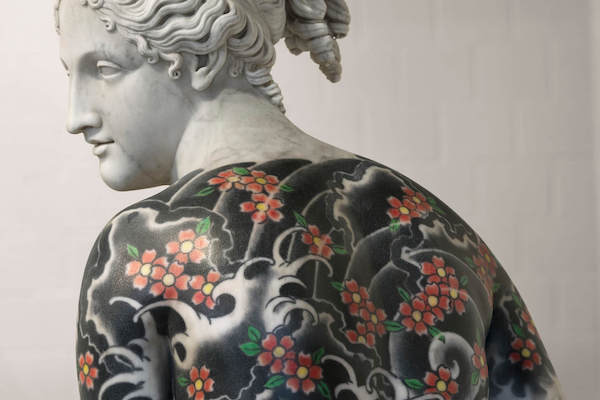 His works arrived from Italy to New York and Russia. In 2013 he made his debut at SperoneWestwater in NY. A year later he won the Cairo prize, the most important recognition for contemporary art in Italy for having created the first fully functioning and floating marble boat. In 2015 he began a collaboration with the Poggiali Gallery in Florence, which in 2016 led to an exhibition, for the first time in history, of two sculptures of contemporary art in one of the most famous churches in the world: the basilica of San Lorenzo in Florence. 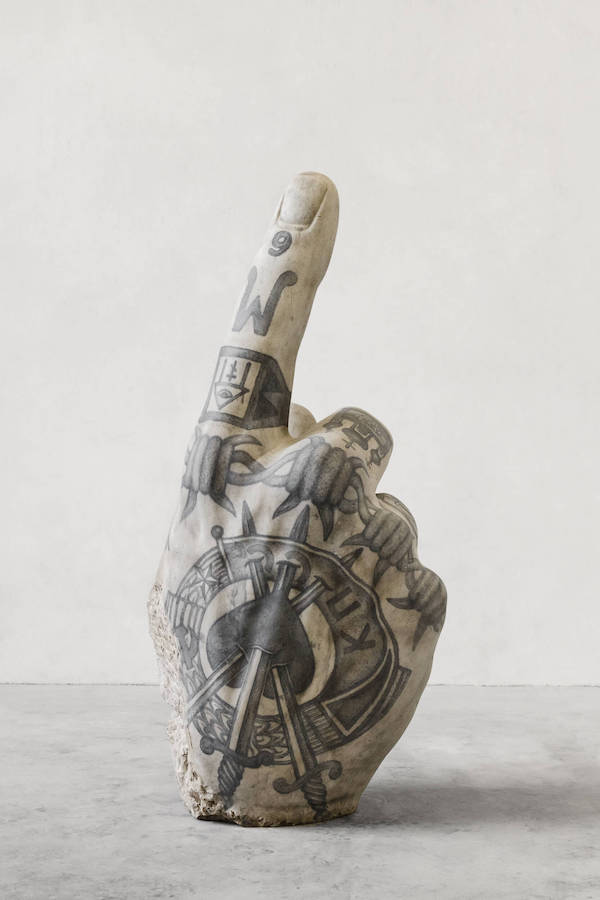 In 2012, the Henreaux Foundation in Querceta, Italy gave him an award. In 2014 he won the 15th Cairo Prize, Italy. In 2017 it was given to him the 52nd international prize Le Muse at the Salone del Cinquecento at Palazzo Vecchio in Florence, Italy.

His style is a refined, cultured, eccentric, and extraordinarily contemporary approach to historical sculpture, which he interprets in a very personal language. Provocative when necessary, his work expresses the poetics of displacement and often intends to create a fracture.

He attempts to create a dialogue between classical iconography and Russia. In fact, the artist has chosen to represent on the sculptures the tattoos often used by prisoners in the transcontinental state, which has a very complex meaning and code. The aim is to tell a life story and to arouse fear, messages that screech with the whiteness of marble. His art is an encounter between life and death, between the sacred and the profane. 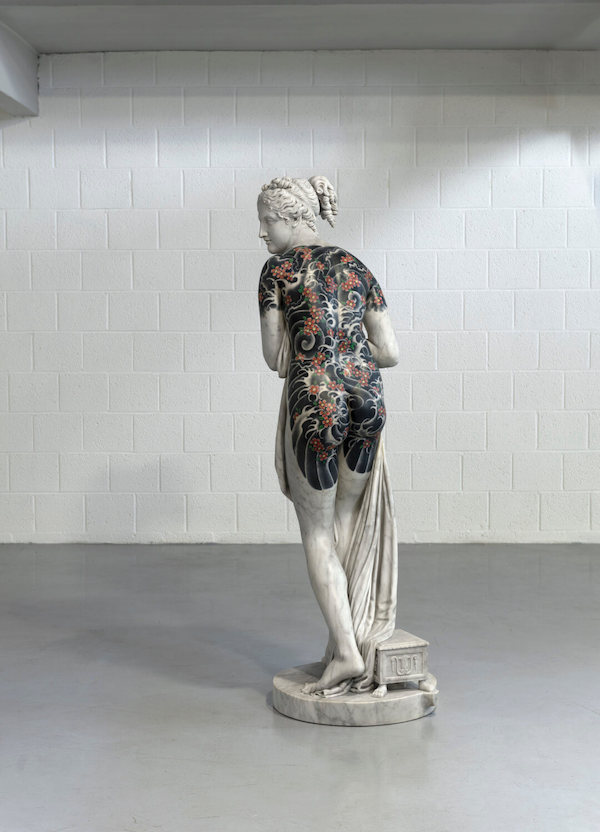 He often inks his marble reproductions of iconic sculptures with heavy scenes of ancient stories, swirling waves, and foreboding clouds. Each vine, flower, and dragon-based composition is settled on a darkened backdrop that tends to envelop an entire back, leg, or shoulder, triggering an uncommon amalgam of material and form. Viale doesn’t paint the marble but rather infuses an arm or chest with color and pattern in a manner that’s similar to tattooing a human body. He collaborated with chemists to refine the blended technique and said that “not surprisingly, each natural material has its strong personality and difficulties connected to it.”

It is a meeting between life and death, between the sacred and the profane. A combination, the relationships between these two sets, results in a solid bond that creates energy. The preconception we have of classical beauty and the hardness inherent in a certain type of criminal tattoo provoke gasp and wonder. 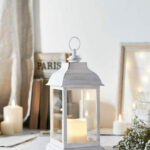 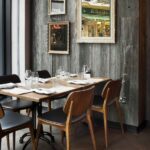