Here in this article, we have covered the World’s Tallest Skyscrapers of 2022 that will stay on top of the list by the year 2025.

South Korea has global popularity that is increasing momentously in the fields of entertainment, technology, and innovation. Popular for K-pop and K-dramas, South Korea is also famous for its architecture and culture. Modern architecture is also a growing trend and has resulted in iconic structures using innovative technology and creativity. One of the popular modern architecture is the Lotte World Tower, which is also South Korea’s tallest building. It is a 555.7 metre (1,823 ft), 123-story skyscraper located in Sincheon-dong, Songpa District, Seoul, South Korea. It opened to the public on April 3, 2017, and is currently the tallest building in South Korea and the sixth tallest in the world.

The roof structure was constructed with steel counterparts that are each 12 meters and weigh 20 tons. The counterparts were made up of bent metal panels that are 6 cm thick. The structure itself is 120 meters high and covers floors 107–123. Approximately 3,000 tons of steel parts, a high-precision 64t tower crane and GPS alignment systems, as well as highly skilled welding technicians, were used in the construction of the roof. The roof structure is engineered to withstand its weight without reinforcing pillars, endure earthquakes up to a magnitude of 9 under the Richter magnitude scale, and winds up to 80 m/s. It is also the 5th largest building in the world Landmark Lotte World Tower is a landmark of Seoul and the first 100-story building in Korea. Seoul Sky is located on the 117th – 123rd floors. The 117th floor is the entrance floor and the view floor; the 118th floor has the Sky Friendly Cafe and Sky Terrace. The Photozone is located on the 119th floor, Seoul Sky Cafe on the 122nd floor, and the 123 lounges, a premium lounge bar, on the 123rd floor. There are four media stands on the 117th and 118th floors. The view floor has prominent views of the city, as well as a glass floor and a telescope. The skylight of Seoul Sky was the highest glass floor observatory as of the tower’s completion. Lotte Tower and One World Trade Center have concluded an operation and technical service agreement.

One World Trade Centre is the main building of the rebuilt World Trade Center complex in Lower Manhattan, New York City. Designed by David Childs of Skidmore, Owings & Merrill, One World Trade Center is the tallest building in the United States, the tallest building in the Western Hemisphere, and the seventh-tallest in the world. The new skyscraper stands on the northwest corner of the 16-acre (6.5 ha) World Trade Center site, on the site of the original 6 World Trade Center. West Street bounds it to the west, Vesey Street to the north, Fulton Street to the south, and Washington Street to the east. The construction of below-ground utility relocations, footings, and foundations for the new building began on April 27, 2006. One World Trade Center became the tallest structure in New York City on April 30, 2012, when it surpassed the height of the Empire State Building. The tower’s steel structure was topped out on August 30, 2012. On May 10, 2013, the final component of the skyscraper’s spire was installed, making the building, including its spire, reach a total height of 1,776 feet (541 m). Its height in feet is a deliberate reference to the year when the United States Declaration of Independence was signed. The building opened on November 3, 2014, the One World Observatory opened on May 29, 2015. On March 26, 2009, the Port Authority of New York and New Jersey (PANYNJ) confirmed that the building would be officially known by its legal name of “One World Trade Center”, rather than its colloquial name of “Freedom Tower”.

Ping an International Finance Center is a 115-story, 599 m (1,965 ft) supertall skyscraper in Shenzhen, Guangdong, China. The building was commissioned by Ping An Insurance and designed by the American architectural firm Kohn Pedersen Fox Associates. It was completed in 2017, becoming the tallest building in Shenzhen, the 2nd tallest building in China and the 5th tallest building in the world. It also broke the record of having the highest observation deck in a building at 562 m (1,844 ft). The building is located within the Central Business District of Shenzhen in Futian. The building contains office, hotel and retail spaces, a conference centre, and a high-end shopping mall. Floor 116 feature an observation deck named Free Sky. As its name suggests, it is also the headquarters of Ping An Insurance. The design of the building is meant to be unique and elegant, and to represent the history and achievements of the main tenant. A stainless-steel facade that weighs approximately 1,700 metric tons provides a modern design to the building. The building has a total gross floor area of 378,600 square meters. The 115-story tower has a width-to-height aspect ratio of 1:10 and also has an 11-story podium. Including the podium, the building has 495,520 square meters of floor space. A five-level basement adds another 90,000 square meters of area. The 620,000 metric ton tower has eight main columns which form the superstructure. The column dimensions range from approximately 6 by 3.2 m at the lowest level to 2.9 by 1.4 m at the top of the tower. 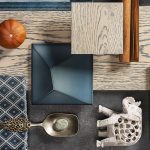 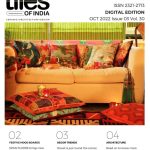