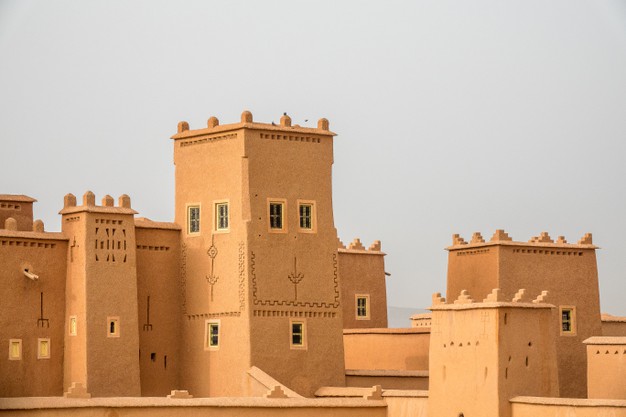 Africa has a rich history of architectural traditions that reflect the tremendous resilience of the topography and its people, we explore…

Tuko Pamoja in Kiswahili means ‘We are Together’ or ‘We Are In This Together’, apt for these times, isn’t it?

Africa is the womb of the world. Its sounds are like the whispering rhythms that flow from the unconscious world of the womb. Deeply enchanting, even mystical, it tells ancient stories of the land, its people, their arduous struggles, their victories, the wildly beautiful savanna, and its glorious sunsets.

It has a rich culture with exceptional diversity that reflects even in the architecture.  Africans have developed their own local architectural traditions. A common theme in traditional African architecture is the use of fractal scaling, where small parts of the structure tend to look similar to larger parts, such as a circular village made of circular houses creating a unique visual palette not seen anywhere else in the world.

African architecture in some areas has been influenced by external cultures for centuries, according to available evidence. Western architecture has influenced coastal areas since the late 15th century and is now an important source of inspiration for many larger buildings, particularly in major cities.

Probably the most famous class of structure in all Africa, the Pyramids of Egypt remains one of the world’s greatest early architectural achievements. We know very little about the ancient architecture of the south and west of the Sahara and it is very difficult to date the monoliths around the Cross River, which have geometric or human designs. The vast number of Senegambian stone circles is also evidence of an emerging architecture.

Aksumite architecture flourished in the Ethiopian region, as attested by the numerous Aksumite influences in and around the medieval churches of Lalibela, where stelae (hawilts) and, later, entire churches were carved out of single blocks of rock. Other monumental structures include massive underground tombs often located beneath stelae. Other well-known structures employing monolithic construction include the Tomb of the False Door and the tombs of Kaleb and Gebre Mesqel in Axum.

A good example of still-standing Aksumite architecture is the monastery of Debre Damo from the 6th century.

Tichitt Walata is the oldest surviving collection of settlements in West Africa and the oldest of all stone-based settlements south of the Sahara. It was built by the Soninke people and is thought to be the precursor of the Ghana empire. One finds well-laid-out streets and fortified compounds, all made out of skilled stone masonry.

The Gobarau Mosque is believed to have been completed during the reign of Muhammadu Korau (1398–1408), the first Muslim king of Katsina. Originally built as the central mosque of Katsina town, it was later also used as a school.

Benin City in particular had a sophisticated house and urban planning. Houses had several rooms and were usually roofed, enclosing private quarters, sacred spaces, and rooms for receiving guests. Usually, multiple houses would enclose a shared courtyard. When it rained, the house roofs would collect water into space in the courtyard for later use.

The Sukur World Heritage Site is especially significant, with extensive terraces, walls, and infrastructure. Walls separate homes, animal pens, and granaries, while terraces often include spiritual items such as sacred trees or ceramic shrines. Early iron foundries were also present, usually placed close to the homes of their owners.

The Islamic conquest of North Africa saw the development of Islamic architecture in the region, including such famous structures as the Great Mosque of Kairouan or the Cairo Citadel.

Somali architecture has a rich and diverse tradition of designing and engineering different types of construction, such as masonry, castles, citadels, fortresses, mosques, temples, aqueducts, lighthouses, towers, and tombs, during the ancient, medieval, and early modern periods in Somalia.

Ashanti architecture from Ghana is perhaps best known from the reconstruction at Kumasi. Its key features are courtyard-based buildings and walls with striking reliefs in brightly painted mud plaster. An example of a shrine can be seen at Bawjiase in Ghana. Four rectangular rooms, constructed from wattle and daub, lie around a courtyard. Animal designs mark the walls, and palm leaves cut to a tiered shape provide the roof.

Farther south, increased trade with Arab merchants, and the development of ports saw the birth of Swahili architecture. As with many other early Swahili buildings, the coral rag was the main construction material. The palace at Kilwa Kisiwani is a notable structure.

Cape Dutch architecture is traditional Afrikaner architecture and is one of the most distinctive types of settler architecture in the world. It was developed during the century-and-a-half that the Cape was a Dutch colony. The Cape Dutch–style buildings showed remarkable consistency and were clearly related to rural architecture in northwestern Europe but equally clearly having its own unmistakable African character and features.

By the late 19th century, most buildings reflected the fashionable European eclecticism and pastiched Mediterranean, or even Northern European, styles. Examples of colonial towns from this era survive at Saint-Louis, Grand-Bassam, Swakopmund, Cape Town, Luanda.

The effect of modern architecture began to be felt in the 1920s and 1930s. Le Corbusier designed several never-built schemes for Algeria, including ones for Nemours and for the reconstruction of Algiers. Elsewhere, Steffen Ahrends was active in South Africa and Ernst May in Nairobi and Mombasa.

Italian futurist architecture heavily influenced the designs of Asmara. Planned villages were constructed in Libya and Italian East Africa, including the new town of Tripoli, all utilizing modern designs.

Experimental designs have also appeared, most notably the Eastgate Centre in Zimbabwe. With an advanced form of natural air-conditioning, this building was designed to respond precisely to Harare’s climate and needs, rather than import less suitable designs. Neo-vernacular and vernacular architecture continues to thrive in all of Africa.

Africa is an ever evolving geography with an evolving design ethos. 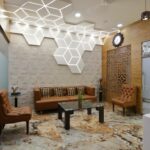 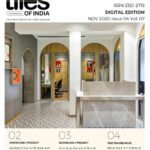