February marks the birth month of architect Louis Kahn, we profile his life and work…

Louis Kahn was one of the most influential and admired architect and professor of his time. Born on February 20, 1901 in Parnu, Estonia, he studied at Philadelphia’s Central High School and the Public Industrial Art School. He got his architecture degree from University of Pennsylvania in 1924.

After working in various capacities for several firms in Philadelphia, he founded his own firm in 1935. While continuing his private practice, he served as a design critic and professor of architecture at Yale School of Architecture from 1947 to 1957. From 1957 until his death, he was a professor of architecture at the School of Design at the University of Pennsylvania. Kahn created a style that was monumental and monolithic; his heavy buildings for the most part do not hide their weight, their materials, or the way they are assembled.

He was awarded the AIA Gold Medal and the RIBA Gold Medal. At the time of his death he was considered by some as “America’s foremost living architect.” From 1950 to 1951 he was made the architect in residence at the American Academy in Rome. It was a huge achievement and a peak point for Kahn’s career. It was during this time that he got the opportunity to visit Greece, Egypt and Italy and developed his own basic approach towards architecture.

He adapted classical style and used solid forms and durable materials in his own work and combined them tactfully with modern techniques. The very first masterpiece designed by Louis Kahn was the Yale University Art Gallery in Connecticut, which is still regarded as one of the most influential projects of Kahn.

Kahn also expanded his skills to international level and even designed two major projects in South Asia including the Indian Institute of Management in Ahmedabad (1962-74) and the National Assembly in capital of Bangladesh, Dhaka (1962-83). The National Assembly of Dhaka turned out to be one of the most appreciated works of Kahn across the world.

Kahn also completed nine houses, all in and around Philadelphia. Kahn’s work considered the shape, format and use of a room carefully – each element was meticulously thought out to facilitate the life and interaction of each individual family.

Although, Kahn had three children with three women, he never experienced the close family life he so diligently laboured to create in his nine houses. He died in 1974 due to heart attack in the restroom at Peen station, Manhattan. 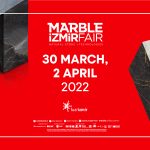