British architect Diane Haigh popularly known as Di died at the age of 73.

Diane Haigh, who was widely known as Di, was a director at Allies and Morrison between 1996 and 2007 and a consultant director at the practice between 2011 and 2016. In 2007 she became director of design review at the Commission for Architecture and the Built Environment (CABE). Haigh was also a long-time teacher at the University of Cambridge, where she was director of studies at Trinity Hall between 1995 and 2016.

At Allies and Morrison, Haigh led projects such as the refurbishment of the Royal Festival Hall (finished 2007) and Baillie Scott’s Blackwell House in Cumbria (2001), as well as the refurbishment of Queen’s House (1999) and the Astronomy Centre at the Royal Observatory (2007) in Greenwich. Haigh moved into a self-designed home in Cambridge in 1990 and continued to carry out work in the city until recently – such as a master plan for St John’s College (2017) and a new seminar pavilion for Darwin College (2019). She also chaired Cambridge City Council’s design and conservation panel between 2014 and 2021. Haigh died unexpectedly on 31 July.

Her family said she was still working as an architect, planning a new book and exhibitions about arts and crafts master Mackay Hugh Baillie Scott and producing prints and drawings before her death. Haigh is survived by her husband and two children, who all work in architecture. Her husband William Fawcett is chair of Cambridge Architectural Research; daughter Eleanor Fawcett is head of design at the Old Oak and Park Royal Development Corporation, and son Francis Fawcett is a director at Cooke Fawcett Architects. Haigh was born in Kendal, England, in 1949, before moving to Cambridge where she attended the University of Cambridge. After graduating, Haigh worked for architectural studios including Foster + Partners, Freeland Rees Roberts Architects, and Allies and Morrison. Alongside her roles at Allies and Morrison, Haigh spent time as the director of the design review at the Commission for Architecture and the Built Environment. Between 1995 and 2016, she was the director of studies at the University of Cambridge’s Trinity Hall.

Up until her death, Haigh had continued working as an architect while also planning a new book and exhibition about British architect and artist Baillie Scott. Haigh is survived by her husband, architect William Fawcett and their two children. Last week, a number of influential people from the design and architecture industry passed, including Japanese fashion designer Issey Miyake, British illustrator Raymond Briggs, and Belgian architect Lucien Kroll. 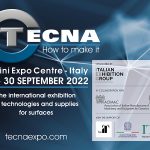 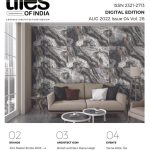