Structural engineer and designer Mahendra Raj, known for some of the most iconic buildings in the country, including the Hall of Nations in Pragati Maidan in Delhi and Salarjung Museum in Hyderabad, besides many other architectural marvels, passed away on 8 May, 2022 at the age of 97 in his home in Delhi, India. Born in Gujranwala in the Punjab state of the then undivided British India in 1924, he was born in a lower middle class family and was one of eight children.

He completed his degree in civil engineering with honors from Punjab Engineering College in Lahore in 1946. After obtaining his degree, he joined the Punjab Public Works Department in their Buildings and Roads department. He moved to the Indian side after the partition of India in 1947 on one of the last trains to reach India safely.

He collaborated with Corbusier on buildings including the Chandigarh High Court and the secretariat. He was noted to have proposed changes to the structure which resulted in a balanced cantilever resting on two columns. He went to the United States for masters in structural design from the University of Minneapolis.

After his masters he moved to New York and worked at Ammann & Whitney until 1959. He returned to India in 1960 and started Mahendra Raj Consultants in Bombay in 1960. He later collaborated with Indian architect and urban planner, Charles Correa, to build the Hindustan Lever pavilion at Pragati Maidan in New Delhi in 1961.

The structure was designed to resemble a crumpled sheet of paper with a maze of ramps and platforms. The structure followed the idea of progression through a maze with space being enclosed by reinforced concrete cement sprayed under pressure to create random folds resembling a crumpled card. The work was noted to have foreshadowed other deconstructive architecture works by at least two decades. He also worked with Pritzker prize winning architect B. V. Doshi in designing the Indian Institute of Management Bangalore and the Tagore Hall in Ahmedabad. Many years later, in 1971, he collaborated with Indian architect Raj Rewal to design the Hall of Nations at the Pragati Maidan.

The structure was one of the largest space frame structures in the world and was described by The New York Times as a ‘brutalist masterpiece’. His work is considered pioneering for its engineering solutions for exposed concrete buildings and much of his work is seen as telling the history of post-independence India. In a career spanning six decades, he contributed to the structural design for more than 250 projects.

He also worked with the Government of India, in drafting legislations regulating the profession of engineers resulting in the creation of Engineering Council of India in 2002. He also helped set up the Consultancy Development Centre with his effort in framing a legislation for the regulation of the profession of engineers has been unending. It resulted in the government establishing the Engineering Council of India in 2002. An active member in the International Federation of Consulting Engineers, he has many awards and recognitions to his name.

His passing is a great loss to India. Architects from all over have poured their condolences. 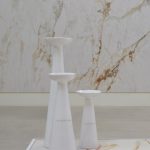 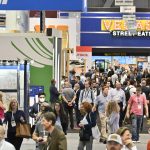