The world of Tonino Lamborghini is a charmed one, bold with the unmistakable Italian flair, here is an exclusive retrospective of his life and work.

Tonino Lamborghini was born on the 13th of October 1947, in the North-East of Italy. He is the heir of the Lamborghini dynasty, being the only son of Ferruccio Lamborghini, the renowned businessman who created an industrial empire. In 1974, he obtained his degree in Political and Economic Sciences at the Italian University of Bologna to then dive right into the family’s businesses. He has been president of the Lamborghini Oleodinamica Spa from 1974 to 2002 and president of Lamborghini Calor Spa from 1983 to 2003. In 1983, he was awarded an honorary degree in Business Management at Kensington University in Los Angeles.

Despite his many business responsibilities, Tonino decided to focus on his personal passions, accessories, and design, and, in 1981, he founded his homonymous brand “Tonino Lamborghini Style and Accessories” using the famous family’s “raging bull” brand. Taking inspiration from his previous professional experiences in the field of engineering and mechanics, he created a new brand dedicated to luxury accessories by re-interpreting his family’s historical values and symbolism. Faithful to the family motto “the best in every field”, Tonino Lamborghini launched his casual elegant “griffe” mainly address refined and upscale male and female clients looking for a disruptive, unconventional and original new brand.

He says, “During the first part of the ‘80s I was assisting my father in his businesses under the Lamborghini Group, but I felt the need to take on something that was entirely mine and different from the automotive world. I have always been passionate about fashion and accessories, which is why I invested the few resources I had to create my own entrepreneurial world.

My strengths were my ideas, a driving will, and a sense of bold cleverness. I truly admire the winning styles of Gucci and Hermès, which played an important role in the creation of my business and its products branded Tonino Lamborghini. Just like Hermès and Gucci have taken inspiration from iconic elements of the equestrian world, such as the stirrup or the horse bit, I was inspired by mechanics elements like bearings, connecting rod, wheel nut, and suspensions.”

The creativity, the passion for design, the love for Italy and its culture have represented the spirit of the new Renaissance brought forward by Tonino Lamborghini, who became ambassador of the ‘Made in Italy’ brand throughout the world. Tonino Lamborghini, the unique design of this kind, started to propose a line of fashion and accessories completely inspired to mechanics and to motors vehicles, following his family tradition and experiences.

“My creative instinct is completely free and without limits. An idea can come to my mind in the middle of the night or during a visit to a museum or even during a fair. Eclecticism is part of who I am and it is clearly seen through the diversity of products in my brand’s portfolio and the various themes each collection displays. At the same time, they remain united by an uncompromised spirit, by a passion for all that is Italian, and by a strong recall to my family’s heritage.”

“I have always loved all that requires a mechanical approach because it is correlated to the world of engineering and technology from which all members of my family come from. Since my new brand’s first steps, it was natural for me to create a watch line. This product represents the precise junction between my personal and professional background, the world of mechanics embedded in my origins, and my personal passion for design.” Watches, eyewear, small leather goods, and apparel were the product categories developed since the very first years.

The recognition of Tonino Lamborghini’s style begun in 1983, a year during which, after the first successes in the Italian market, Tonino Lamborghini, a man of vision, opened the first flagship store in Hong Kong. The former British protectorate represented a springboard into the largely unexplored Asian market: in 20 years, several flagship stores in Hong Kong and Macau and numerous shops and in-store in the department stores of the most important Chinese cities have been opened in the late ‘80s.

“Addressing a market like China in the ‘80s was a completely different process from today: the administrative and cultural problems were like Pillars of Hercules, often insuperable, that marked any attempt to trade and every economic action in the China market. Thus, the only way to cross these cultural boundaries and the bureaucracy was to manage human relationships on a personal basis.”

Tonino Lamborghini became soon a symbol of a cultural renaissance embodied by ‘Made in Italy’. The inherently Italian values of his accessories represented not only a success in the Italian competitive and high-quality market, but the excellence and flair of Tonino Lamborghini products were also the perfect offer for the new upcoming worldwide demand for luxury glamorous items. The ‘90s represented for Tonino Lamborghini a decade of multiple successes both professional and personal.

In 1993, determined to represent the tradition and spirit of the world-renowned “Made in Italy” style and taste, he entered the food and beverage industry with the introduction of Italian delicacies. Following a distributor’s request, in the early ‘90s Tonino Lamborghini decided to apply the concept of luxury brand to the food and beverage sector: the company started to distribute branded coffee, wine and pasta – symbols of the Italian culinary tradition –around Europe.

The success of the food and beverages project encouraged the birth of a hospitality department for the development of a network of Tonino Lamborghini branded café lounges. In 10 years, several formats were experimented with, like: restaurants, cafes, and lounges in malls or city centers around the world.

In 1995, the entrepreneur created the Ferruccio Lamborghini Museum in Dosso (Ferrara, Italy) to celebrate the history of the Lamborghini family and the mechanical talent of his father. In 1995 he was “HonouredCommendatore” by the President of the Italian Republic Scalfaro and a year later, in 1996 he is appointed as “Señor Don Caballero de Merito con Placa de Plata” by his Royal Majesty Infante of Spain Carlo Borbone of the Sacred Military Constantine Order of Saint George.

A few years later, in 1998, Tonino Lamborghini founded the companies TLR Srl – Golf Cart and Town Life Spa – City Car for the manufacturing of the first small cars in Europe to use electric engines with zero environmental impact.

In years the 2000s, the brand’s positioning strategy has focused on projects dedicated to the most exclusive and luxury markets both in fashion and in retail. Reinterpreting the concept of hospitality, Tonino Lamborghini decided to create a world of style, culture, art, and attention to guests’ needs, enriching the concept of hotellerie with a new aesthetic. In June 2012, Lamborghini launched the Library Boutique Hotel in Shouzou, one of the cities with the highest economic development in China. It was awarded several prizes: Best Boutique Hotel of the City of Paradise, the Most Progressive Luxury Hotel Brand, and Best Cultural and Art theme Hotel.

Tonino Lamborghini City Center Hotel Kunshan was the second hotel opened in December 2012 in the center of the city’s commercial and business zone. A comfortable and modern place for business travels and meetings, which offers spectacular views of the Yufeng Mountain and the Musical Fountain show. In 2013, the launch of the third Tonino Lamborghini Lake Side Hotel in Huang-shi was another step in Tonino Lamborghini’s vision to bring Italian luxury to the high-end Chinese market and to share its way of life.

In 2015, following the natural generational progression of the family company, Tonino first son called Ferruccio (like his famous grandfather) entered the company and two year later he was appointed Vicepresident of the Tonino Lamborghini SpA. Today, Ferruccio Lamborghini is also CEO of his father’s company, who is still the creative director.

In 2015 Tonino was ordained Honorary Consul of Montenegro in the Italian Emilia-Romagna Region in order to foster commercial relationships with the Balkan country. In 2018, he was awarded with the Honorary Doctorate (D.Litt – HonorisCausa) from the D Y Patil University of Navi, Mumbai, India.

“We are motivated, curious, slightly stubborn, but always fascinated by the latest trends and new ways of living. Challenges do not scare us, in fact, we are stimulated by them. We are inspired by all that surrounds us and it is not a surprise when you come from one of the most beautiful countries: Italy. I like to think that who buys my products, has a desire to live the Tonino Lamborghini lifestyle. What inspires us constantly and differentiates us from others, is, without a doubt, our unique DNA.” 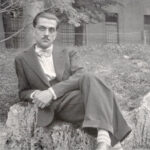 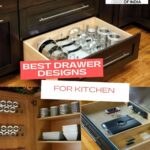