The World Architecture Festival is where the world architecture community meets to celebrate learn, exchange, and be inspired. It is the only architecture event where keynote talks from the industry’s most influential figures sit alongside live crit presentations and judging of over 400 award finalists, global networking, a 500 project strong gallery, and an international product exhibition. World Architecture Festival 2017 took place on the 15 – 17 November at the Arena Berlin, Germany. The awards were given to the best projects and architects in various categories. The world-building of the year award was given to the Chinese University of Hong Kong, where the judges believed the post-earthquake house in Guangming village was extraordinary in terms of the scope of ambition, exemplified in the addressing of profound problems facing ordinary people. The Infrastructure – Future Project winner was given to Sanjay Puri Architects, India. Judges were impressed with the approach to the local tradition of brick making, expressed in this project in a very contemporary way. 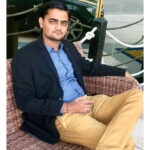