Douglas Mackie is a prolific London based Interior Designer known for his opulent style that blends the traditional, modern and contemporary aesthete.

Douglas Mackie is a prolific UK based interior designer. He studied architecture at Cambridge University, tutored by Eric Parry and Colin St John Wilson. A year spent working in New York was a catalyst towards becoming an interior designer. The patrician apartments of the Upper East Side, when moonlighting for interior designers as a perspective artist had infinitely more appeal for him than the daily grind of door schedules and drainage plans in a Manhattan office. He returned to Cambridge, and completed a Diploma in architecture in 1988, just as the world economy imploded. He worked as perspective artist, and architectural assistant where his skills as a draftsman remained in demand in the pre CAD rendering days. He spent three formative years working at Tessa Kennedy, absorbing the trade, observing the clients, and discovering the obsessive detailing that goes into work on this level.

He set up his own company in 1995, and has built up a loyal clientele internationally. His famous projects are English Manor, Marylebone, Belgravia, Holland Park, Provence, and Chelsea.

His interiors mix the modern and the classical, much in the manner of Albert Hadley, one of the New York designers he most admires.

Mackie describes his approach to interior design as highly intuitive. “After an intelligent and informed dialogue with a client to establish a direction, I might start with some cultural reference of the client’s, a treasured artwork or piece of furniture,” he says. “Sometimes, I’ll find a remarkable object at a dealer or a painting with rare power and go from there.” He sketches out his ideas in pencil or with water colours and then presents them to the client for approval. More often than not, the room turns out much like his original rendering. 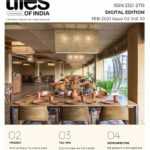 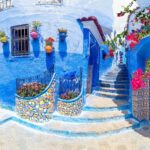