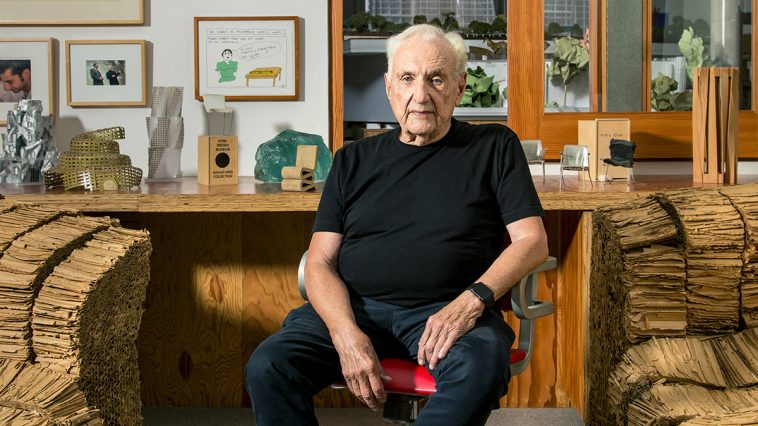 “Architecture should speak of its time and place, but yearn for timelessness.” – Frank Gehry

World renowned architect and designer Frank Gehry who is known for contemporary architecture and building world-famous attractions all around the world. Canadian-born American architect, his work involves a number of buildings and private residence.

Gehry was born Frank Owen Goldberg on February 28, 1929, in Toronto, Ontario, to parents Sadie Thelma and Irving Goldberg.  A creative child, he was encouraged by his grandmother, with whom he built little cities out of scraps of wood.  Gehry’s use of corrugated steel, chain-link fencing, unpainted plywood, and other utilitarian or “everyday” materials was partly inspired by spending Saturday mornings at his grandfather’s hardware store.

Gehry was in high demand in the 21st century. He designed a number of cultural institutions, including a performing arts centre. As the 21st century progressed, Gehry continued to receive numerous large-scale commissions. One of his best known creations is the Walt Disney Concert Hall, Downtown Los Angeles. This 2003 masterpiece, endowed with tremendous acoustics, was labeled as the centerpiece for neighborhood revitalization.

Gehry’s first skyscraper was the New York by Gehry at 8 Spruce Street, completed in February 2011. It is 76 stories high and has a unique exterior made of stainless steel and glass. Other best-known works include the titanium-covered Guggenheim Museum in Bilbao, Spain, MIT Ray and Maria Stata Center in Cambridge, Also The Vontz Center for Molecular Studies on the University of Cincinnati campus; Experience Music Project in Seattle, New World Center in Miami Beach; Weisman Art Museum in Minneapolis, Dancing House in Prague, the Vitra Design Museum and the museum MARTa Herford in Germany, the Art Gallery of Ontario in Toronto, the Cinematheque francaise in Paris.

But it was his private residence in Santa Monica, California, that jump-started his career, lifting it from the status of “paper architecture” — a phenomenon that many famous architects have experienced in their formative decades through experimentation almost exclusively on paper before receiving their first major commission in later years.

His works are cited as being among the most important works of contemporary architecture in the 2010 World Architecture Survey, which led Vanity Fair to label him as “the most important architect of our age.” Gehry is also the designer of the future National Dwight D. Eisenhower Memorial.

Despite having turned 92 last year, in a pandemic, completed the top floor of his building in the Grand Avenue development, and prepared for a show of new sculpture at the Gagosian Gallery.

In 1977, he was named for the Arnold W. Brunner Memorial prize. This was presented to him by the American Academy of Arts and Letters. He was given the prestigious Pritzker Prize for Architecture in 1989. This is the most premium accolade for him in this field. In the year 1999, he received a Gold Medal from the American Institute of Arts. He is soon going to turn 93 this month. 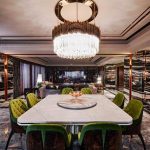 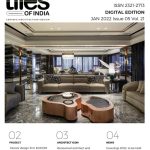