A dreamer, an icon, an architect extraordinaire, we profile Norman Foster, a key figure in the world of design.

“An architect’s task is to be a good listener, and to hear the many voices and the needs that building will answer…”

Norman Foster is a world-renowned English architect and designer closely associated with the development of high-tech architecture. Born on 1 June 1935 in Reddish, he is the only child of Robert and Lilian Foster. The family moved to Levenshulme, near Manchester, where they lived in poverty. His father was a machine painter at the Metropolitan-Vickers works in Trafford Park, which influenced Norman to take up engineering, design, and, ultimately, architecture.

Today, Foster is recognized as a key figure in British modernist architecture. His architectural practice Foster + Partners, first founded in 1967 as Foster Associates, is the largest in the United Kingdom and maintains offices internationally. He is the President of the Norman Foster Foundation, created to ‘promote interdisciplinary thinking and research to help new generations of architects, designers, and urbanists to anticipate the future. The foundation, which opened in June 2017, is based in Madrid and operates globally.

Over the past four decades, the company has been responsible for a strikingly wide range of work, from urban master plans, public infrastructure, airports, civic and cultural buildings, offices, and workplaces to private houses and product design. Foster has established an international reputation with projects as diverse as the New German Parliament in the Reichstag in Berlin, Chek Lap Kok International Airport and the Hongkong and Shanghai Bank in Hong Kong, Commerzbank Headquarters in Frankfurt, Willis Faber & Dumas Head Office in Ipswich, and the Sainsbury Centre for Visual Arts in Norwich. Since its inception, the practice has received more than 400 awards and citations for excellence and has won numerous international and national competitions. 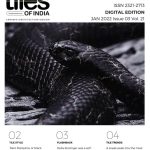 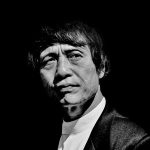