Museum of the Future

The newly opened Museum of Future in Dubai is the most beautiful building on the earth.

The newly opened Museum of Future in Dubai has been the talk of the town which has attracted many visitors from all over the world. It is a beautiful building located in Located in the Financial District of Dubai, UAE. Founded by the Dubai Future Foundation, the goal of this museum is to promote technological development and innovation especially in the fields of robotics and artificial intelligence. The Museum of the Future has three main elements: green hill, building, and void. The museum was opened for public on 22nd February of 2022, inaugurated by Sheikh Mohammed bin Rashid Al Maktoum, Vice President and Prime Minister of the UAE.

The museum reportedly takes the visitors on an experiential journey, transporting them to the year 2071, to coincide with the centenary of the founding of the UAE. But the bigger objective is, its makers say, to act as an incubator for scientists, thinkers and researchers to bring their bold ideas and visions of the future to life. Designed by Killa Design architecture studio, which won the design competition for the museum in 2015, came up with the shape. According to the architect, the solid part of the structure represents the knowledge that we have today. The void represents all that we do not yet know – in other words, the future. The engineering by Buro Happold, the building aims for a LEED Platinum rating in terms of its green rating.

The seven-storey, pillar-less structure, spanning an area of 30,000 sq m is arguably an engineering marvel. Architecturally, it is among the most streamlined buildings in the world with no sharp corners on its external structure, rising to a height of 77 metres. Notably, its stainless-steel facade is decorated with inspirational quotes in Arabic calligraphy, designed by Emirati artist Mattar bin Lahej. It is fed with 4,000 megawatts of electricity that is produced through solar energy using solar panels. While architect Shaun Killa designed the museum, the creation of the museum has been undertaken by the Dubai Future Foundation.

The exterior facade of the building comprises windows that form an Arabic poem by Dubai’s ruler about the emirate’s future. The words written on the Dubai Museum of the Future are 3 quotes from Sheikh Mohammed bin Rashid Al Maktoum, Vice President and Prime Minister of the United Arab Emirates. It states: “We won’t live for hundreds of years, but we can create something that will last for hundreds of years,” “The future will be for those who will be able to imagine, design and build it, the future does not wait, the future can be designed and built today,” “The secret of the renewal of life, the development of civilization and the progress of humanity is in one word: innovation.”

This torus-shaped shell sits on top of the building and comprises 1,024 fire-retardant composite panels clad in stainless steel, and each of which has a unique 3D shape to create the Arabic script. Killa Design and Buro Happold developed new parametric design and Building Information Modelling (BIM) tools, including a growth algorithm that employs digital means to grow the internal steel structure.

The museum has seven floors dedicated to different exhibitions. Three floors focus on outer space resource development, ecosystems and bioengineering, and health and wellbeing. The other floors showcase near-future technologies that address challenges in areas including health, water, food, transportation, and energy, while the last floor is dedicated to children. It is a living museum where content and exhibits will constantly be renewed, enhanced and enriched in keeping with the latest technological advancements.

The architectural world defines the futuristic shape of the museum as a torus with an elliptical void, but a giant hula hoop might be a more accessible point of reference. 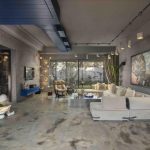 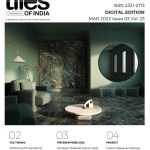