Harris Armstrong was a well-read and largely self-taught modern architect who was revered for his highly innovative and colourful structures with simple elegance. Harris Armstrong was an American architect who was known for his modernist designs. He was born in Edwardsville, Illinois, and later moved to Florida, Ohio, New York, Illinois, and Missouri.

Armstrong’s work made significant advances in 1935 with his Cori Residence and Shanley Building, both of which exhibit the geometrical abstraction and white coloration of the International Style.

In the following decade, his palette of building materials expanded to include natural building materials such as brick, stone, and wood. His formal interests developed rapidly in several directions; some of his works paid homage to the explorations of Frank Lloyd Wright; his personal design methodology pushed some of his more inventive projects beyond his contemporaries.

His Grant Medical Clinic and Armstrong Residence of 1938 reveal his interests in natural materials and formal experimentation. The Evarts Graham House (1941) demonstrates his ability to unify a modern approach to form with a traditional feeling for construction and materials.

Armstrong was the acknowledged leader of modern architecture in St. Louis prior to WWII. In 1945, Harris designed and built “The Rockpile”, a rustic summer cabin in rural Missouri. The Rockpile featured a cantilevered south-facing upper story, facing a stone cliff and a creek, with large operable shutters that opened to provide shade from the summer sun.

In 1946, he designed a high-rise office building for the American Stove Company as their national headquarters resulting in the Magic Chef Building. The design incorporated innovative natural lighting techniques that broke with the monolithic aesthetic of earlier modernist office buildings and included a ceiling sculpture by Isamu Noguchi as an integral part of the lobby design.

In 1948, Armstrong’s submission for the Jefferson National Memorial Expansion Competition, which resulted in the construction of Eero Saarinen’s Gateway Arch, was awarded fourth place, the only St. Louis finalist.

In the 50s, Armstrong continued to design notable residences, including the Fred Evens House in Ladue and the Arthur Stockstrom House in Sunset Hills. His new home for the Ethical Society on Clayton Road in Ladue attracted much attention. The McDonnell Aircraft Corporation, later McDonnell-Douglas, turned to Armstrong for its seven million dollar engineering campus in Hazelwood and later built a second research campus down the road. He was awarded a fourth prize in the competition for the Jefferson National Expansion Memorial, the only local architect to place.

By his later years, Armstrong was recognized as the dean of the modern movement in St. Louis. He was named a fellow of the American Institute of Architects in 1955 and served as president of the St. Louis chapter in 1960. He and his wife Louise were known for their sociability, and their recipe for champagne punch was recorded in chapter minutes and later published.

He retired in 1971 and died in 1973. Several of Armstrong’s buildings have been listed in the National Register of Historic Places, including the Shanley Building and the Cori House. The Webster Groves Historic Preservation Commission and the St. Louis County Historic Buildings Commission have designated several Armstrong buildings as landmarks.

The Harris Armstrong papers, including drawings, photographs, publications, and other writings, are held by Washington University.

Armstrong holds a unique place in the history of St. Louis architecture as the first architect to design and erect a building in the full-fledged International Style, the style of 20th-century modernism that had originated in Europe in the 1920s. From this beginning, Armstrong became and remained one of the leaders in the profession, turning out a series of carefully considered designs for buildings of all types that equaled the best in the nation. 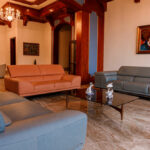 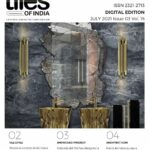