The Tiles of India Team in Conversation with Mr. Anil Beejawat, CEO of RAK Ceramics India.

Sheetal Joshi: Hello Everyone! I am Sheetal Joshi, Sr. Feature Writer with The Tiles of India and today we have the privilege of being in a conversation with Mr. Anil Beejawat, CEO, RAK Ceramics India.

Mr. Beejawat is leading India operations focusing on developing Indian market for the organization and building up on the work that has been done in the last couple of years.

He has the important task of strengthening sales and distribution operations in India.

Mr. Beejawat has almost four decades of experience in the field of building materials industry, having worked with premium Indian ceramic brands in senior management positions and has led all aspects of business from P&L management, marketing and sales, setting up plants, procurement, distribution and strategy.

Ms. Sheetal Joshi: So my first question to you is, do you feel that Covid19 has impacted the overall business cycle and if yes, how and to what an extent?

Mr. Anil Beejawat: Of course, Covid19 has almost inferred the entire business cycle as of now. Everything is on a standstill till you really see it and from three to six months you can take almost that kind of time to come near normalcy. So we are eagerly awaiting for this lockdown to go but nevertheless wherever we are allowed to function, we are functioning our Samalkot factory and started operations. Although we have not started manufacturing but dispatches we have already started to the green zones and other orange areas where the dispatches are allowed so we are doing that and exports of course, we have already started. That we started in the month of April itself. We are limping at some activity so let’s hope for best. But definitely a lot of improvement has happened. The business stands very badly affected as of now.

SJ: So my next question was that only, what are the immediate measures you are planning to take once operations commence to boost or pull up business?

AB: See, this Covid – 19 has defined the new normal. Now we have to, factories will have to learn work on lower capacities and still remain viable. In the good old days we could even think of running factories at 90 percent or 100 percent or sometimes even more than that compare to the capacities. But now, we will have to get used to working at lower capacities and yet remain viable that will be a very big challenge for all the factories. The migrant labourers have all moved out so it will be very very critical and crucial now to get the local labour. The local labour generally in say Gujarat or for that matter the other place where we have our factory in Samalkot, these are prosperous areas so the local labour to be able to find the work attractive, something more will have to be done for them. That was the primary reason why we had to use the migrant labour but then now we have to compete with whatever that they are doing as of now so the factory work as to appear more attractive to them so that the local labour has to come in so maybe we have to function somewhat like a high cost economy where the labour cost have gone up, we have to reconcile with that idea. And definitely the government is doing its part in working on the demand side of economy and on the supplies side, we are working, we are trying to come to the efficiency level such that the whole supply chain starts functioning effectively because maybe the infrastructure projects of the government, they would definitely continue and most of the projects which are promoted by the government, the hospitals, the educational institutions, all those places where things were going at a hectic base in any case gets slowed down but I think they will come back and ofcouse domestic demand will also, I mean it will also come back to normalcy in sometime but as of now I see it, maybe it will be limited by 20- 30 percent or may be, who all know, god only knows how much will be the effect but I expect, that our industry, since 40 percent of all the purchases are generally we sale, like that, like 40 percent purchases are done by the government, so that will not be affected and the balance even if it is affected by the 30 – 50 percent, so we will still see 70- 80 percent revival of the business. Let’s see, in three to four months, it will be very clearly visible where we are going.

SJ: How do you see RAK leveraging the various online and digital platforms to increase visibility and sales volumes in the long run?

AB: See, digital marketing will definitely peak now. It’s going to peak because the other forms or formats which were very effective earlier may not seem to be so effective now. So digital marketing will definitely peak. The other sales management apps which we already used to have all the time, they were not being used because our dealers, our channel partners, they were not used to those kinds off. People will look at these options more closely so we are also briefing our teams to work with the dealers. In the last two months what we have done is we have kept in touch with our dealers and we have repeatedly made them familiar with the tools we have on our website and other formats so whatever digital activity that we were doing, whatever digital mediums that we were using we are trying to familiarize our dealer network our channel partners and even our sales teams much better than earlier times so I can very clearly see that VR, AI, these will become popular going forward so our IT teams and our marketing teams, they are working very closely to make sure that we leverage on this strength much more.

SJ: What kind of products will see traction post lockdown according to you?

AB: In difficult times when there is a difficulty when people are sensing then you know it is basically run of the mills products the popular varieties, the popular sizes, these are the things which find great traction so that resolves the availability issues and these availability issues right now will be the top of the mind concern of the designers also because all the projects when they need to be completed in time, it has to be ensured that, the products which are run of the mill, or the sizes are popular so either the factories are very comfortable doing or making those things and the customer will be finding it very easy to relate because she already seeing thing somewhere better to complete this project with that, we already completed this. So, I think the popular sizes like 60 x 60, 1200 x 600 or 600 x 300, these kinds of sizes will find more traction in the market. That’s how I see the industry going forward.

SJ: RAK is known for strong innovation in both its products and solutions, does the brand have something new coming up soon and would you like to share about it with us?

AB: Come to think of it; It will not be an exaggeration to say that innovation and RAK are synonyms with each other because if you see the new age tiles which are now seen in the market, these all revolution was brought into India by RAK. We were the first to bring in those of double charge big large format tiles and big slabs when no one in India was thinking about so they were all buying in small quantities from countries like Italy or Spain or China. That point of time RAK brought in pioneered, I can say those kinds of products in India and now see the present times the needs are little different so we have very soon, I mean we already launched from our UAE factory in last Cersaie, we had presented flushing mechanism which works on the waving of hand. You don’t need to touch the board. The waving of hand, the flush mechanism works so I think that product is now going to get very popular and of course those germicidal tiles, bacteria, germs free, all those kinds of things which are there in the industry for sometime they will get popular and we are going to introduce them in India because of price, sometimes, these products are not given so much importance but never the less in the present times, I think those kinds of products will find a lot of interesting, people will be interested in those kinds of product now.

SJ: How do you see the market shaping up in the coming two to three years and how does RAK plan to position itself in this growth?

AB: The global recession is there to stay that is something which is a reality which we must all fact. All that has happened now has definitely put the global economy into recession but I must say, the throbbing youth dominated demography of India, It will make 2021 an Indian era as our beloved PM Modi has been saying that 2021 India ka hoga, why I agree with him, for two to three reasons- Clear shift of global supply chain is visible. The kind of noise that you hear these days world over, so there is going to be a clear shift in the global supply chain in favour of India and RAK India has a global reach, we already have been sourcing from India. We have three factories here. Being a global company but we have three factories in India and we have been strengthening our offering the international markets through products from India also. We have huge manufacturing in UAE but then we have three factories here and we have been strengthening our offering to the world through products from India and going forward I think, we can now think of expanding here because in any case the cost of productions and the way things are happening in India, now India will become an important hub of the global supply chain and shift which we are expecting will happen, India will god willing become the number one in the global supply chain for tiles, so we all looking forward to that. We can see good times are coming for RAK India also.

AB: Thank you Sheetal, it was my pleasure to talk to you!

(Conducted by Ms. Sheetal Joshi as a part of a video series presented by The Tiles of India) 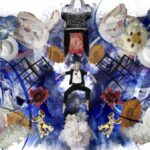 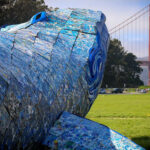