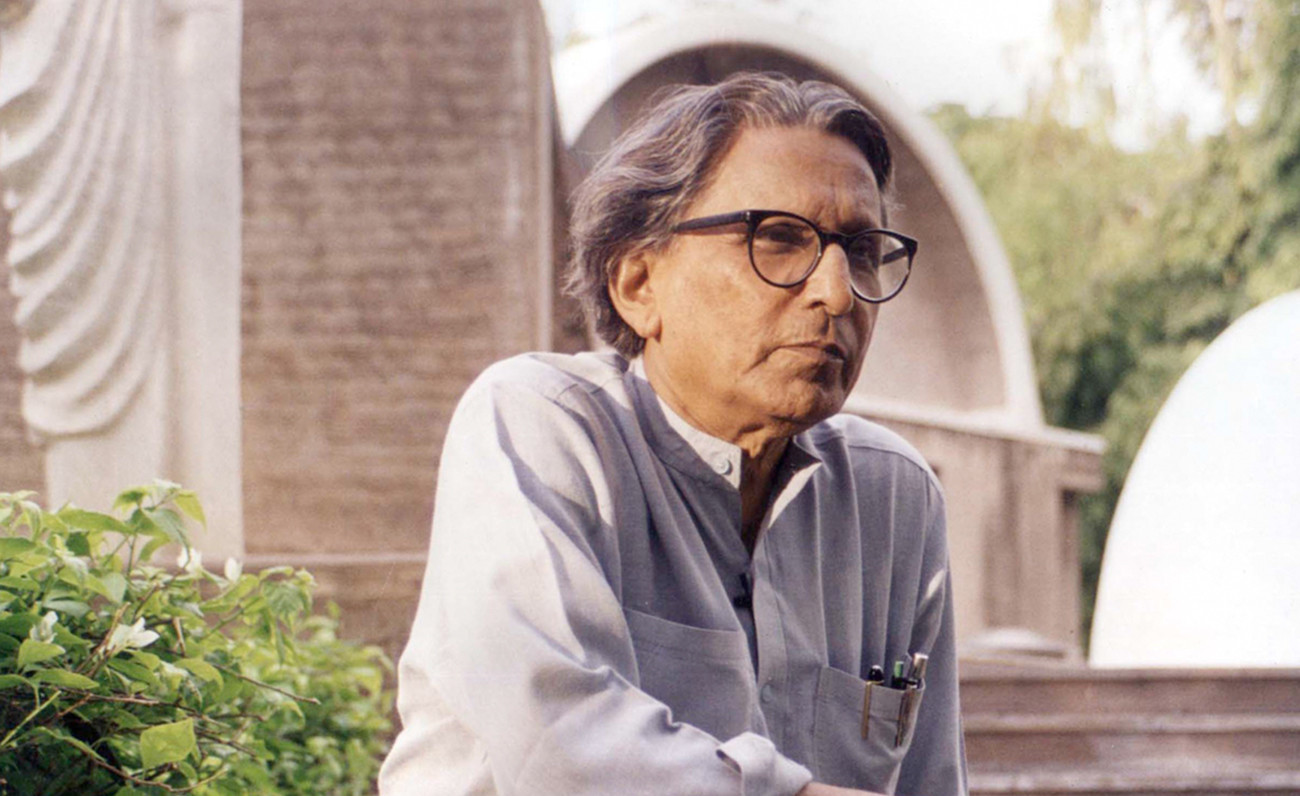 Veteran architect Balkrishna Doshi who is known for creating buildings that foster a sense of community has been awarded the prestigious Pritzker Prize 2018. Doshi is the 45th recipient of the highest international honour in the field, the first for India.

Born in Pune, India in 1927, Doshi began his studies in architecture in the year of his country’s independence, 1947. After a period in London, he moved to France to work under Le Corbusier, and from there he returned to India in order to oversee work on Le Corbusier’s plans for Chandigarh, and on Le Corbusier’s projects in Ahmedabad such as the Mill Owner’s Association Building (1954) and Shodhan House (1956). Doshi also later worked with Louis Kahn on the Indian Institute of Management in Ahmedabad, beginning in 1962.

He called the prize an honour both for himself and for India. “What I have done for close to the last 60 years, working in rural areas, in low-cost housing, worrying about India’s future… all this comes together and gives me a chance to say, “Here we are!” he said.

The news of him winning the Pritzker Prize – a Nobel equivalent for architects – sent a wave of happiness in the fraternity. Many associates believe Doshi, a name synonymous with avant-garde architecture, should have received the honour earlier. His collaborations with Le Corbusier and Louis Kahn, masters of Modernism, continued for decades.

In over 100 projects completed during his career, Doshi has also worked on a number of low-cost housing developments. After completing his first in the 1950s, he stated that “It seems I should take an oath and remember it for my lifetime: to provide the lowest class with the proper dwelling.” The apotheosis of this oath was perhaps the Aranya Low-Cost Housing development in Indore. Completed in 1989, this network of houses, courtyards, and internal pathways provides housing for over 80,000 people ranging from low- to middle-income families, and won Doshi the 1993-1995 Aga Khan Award for Architecture.

The Radha Rani Temple of Barsana