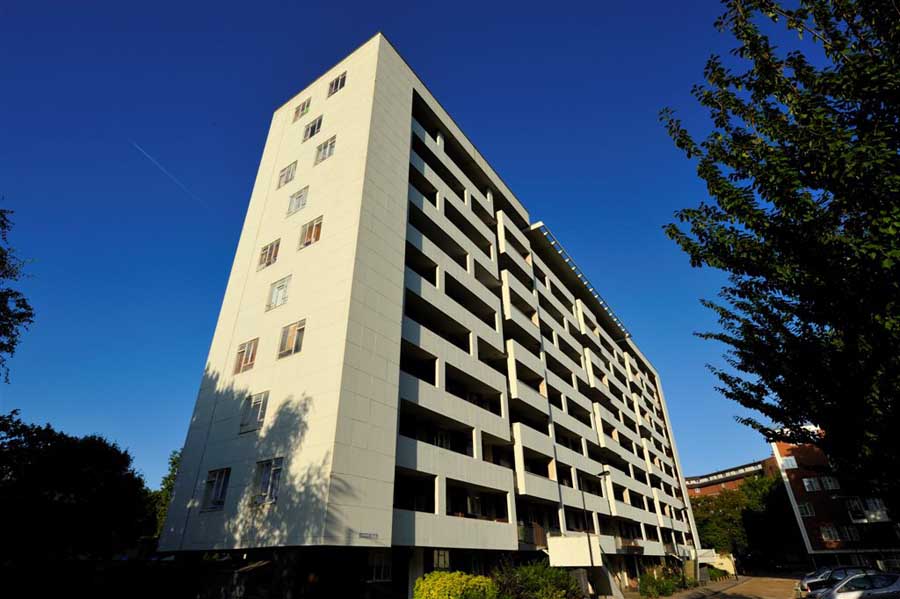 Edwin Maxwell Fry known as Maxwell Fry was an English modernist architect, writer, painter, and a key figure in the British Modern Movement

Edwin Maxwell Fry known as Maxwell Fry was an English modernist architect, writer, and painter. He was born on 2 August 1899 in Cheshire, UK. Originally trained in the neo-classical style of architecture, Fry grew to favor the new modernist style and practiced with eminent colleagues including Walter Gropius, Le Corbusier, and Pierre Jeanneret. Fry was a major influence on a generation of young architects.

A key figure in the British Modern Movement, Maxwell Fry was a close friend of Le Corbusier (with whom he worked at Chandigarh, India) and Walter Gropius. Much of his work was carried out in collaboration with his architect wife, Jane Drew. Fry is known not only for his one-off houses but also for the high-quality, low-cost housing schemes he carried out for public authorities and private developers, such as Kensal House in West London.

In the 1940s Fry designed buildings for West African countries that were then part of the British Empire, including Ghana and Nigeria. In the 1950s he and his wife, the architect Jane Drew, worked for three years with Le Corbusier on an ambitious development to create the new capital city of Punjab at Chandigarh. Fry’s works in Britain range from railway stations to private houses to large corporate headquarters. Among his best-known works in the UK is the Kensal House flats in Ladbroke Grove, London, designed with Walter Gropius, which was aimed at providing high-quality low-cost housing, on which Fry and Gropius also collaborated Elizabeth Denby to set new standards.

Fry was one of the few modernist architects working in Britain in the thirties who were British; most were immigrants from continental Europe, where modernism originated. Among them was Walter Gropius, former director of the Bauhaus, who fled from Nazi Germany in 1934 and with whom Fry set up a practice in London in the same year. The partnership lasted until 1936, when Gropius, receiving offers of work from Harvard University, decided to immigrate to the US. Gropius wanted Fry to go with him, saying “your country will be at war”, but though Fry agreed, he “could not face the prospect of being a refugee, however honorably accompanied”. Among their joint works was Impington Village College, Cambridgeshire – Gropius created the original design, and Fry revised it and supervised construction after Gropius had gone.

Fry’s writings include critical and descriptive books on town planning and architecture, notably his Art in a Machine Age. His last book was the Autobiographical Sketches of his life from boyhood up to the time of his marriage to Jane Drew.

He was awarded the RIBA’s Royal Gold Medal in 1964, and many of his works are now listed by English Heritage. On his retirement in 1973, Fry and his wife moved from London to a cottage in Cotherstone, County Durham, where he died in 1987 at the age of 88.