Architect Diebedo Francis Kere has won the Pritzker Architecture Prize 2022, making him the first African and Black architect to win the prestigious award.

Architect Francis Kere became the first African and the first Black architect to win the prestigious Pritzker Architecture Prize 2022. Kere was born on 10 April 1965 in Gando, Burkina Faso, one of the world’s least educated and most impoverished nations, a land void of clean drinking water, electricity and infrastructure, let alone architecture. He was the first child in the village to be sent to school as his father, the village chief, wanted his eldest son to learn how to read and translate his letters. Since no school existed in Gando, he had to leave his family when he was 7 years old to live with his uncle in the city. After finishing his education, he became a carpenter and received a scholarship from the Carl Duisberg Society to do an apprenticeship in Germany as a supervisor in development aid. After completing the apprenticeship, he went on to study architecture at the Technical University of Berlin, graduating in 2004.

“I grew up in a community where there was no kindergarten, but where community was your family. Everyone took care of you and the entire village was your playground. My days were filled with securing food and water, but also simply being together, talking together, building houses together. I remember the room where my grandmother would sit and tell stories with a little light, while we would huddle close to each other and her voice inside the room enclosed us, summoning us to come closer and form a safe place. This was my first sense of architecture.” Educated at the Technical University of Berlin, he has lived in Berlin since 1985, where he set up Kere Architecture in 2005 in Berlin, Germany. Parallel to his studies, he established the Kere Foundation. Known for involving community in the construction process of its buildings, he and his office have developed works that go beyond the conventional limits of architecture and touch on themes such as local economy, migration, culture and equity.

His architectural practice has been recognized internationally with awards including the Aga Khan Award for Architecture (2004) for his first building, the Gando Primary School in Burkina Faso, and the Global Holcim Award 2012 Gold. In 2008, two years after the Gando Primary School was
completed, Kere began a major extension that created space for 120 additional students. It was constructed using local labour as well as local materials.

“His development in architectural aesthetic is based on responding to local climatic conditions, is highly performative and expressive architectural vocabulary: double roofs, thermal mass, wind towers, indirect lighting, cross ventilation and shade chambers have not only become his core strategies but have actually acquired the status of built dignity,” said the jury. Since completing the school in his native village, he has pursued the ethos and the method of working with local craft and skills to elevate not only the civic life of small villages but soon also of national deliberations in legislative buildings.

He has undertaken projects in various countries including Burkina Faso, Mali, Germany, the United States, Kenya, and Uganda. In 2017 the Serpentine Galleries commissioned him to design the Serpentine Pavilion in London. 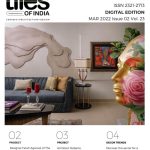 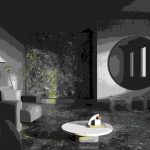