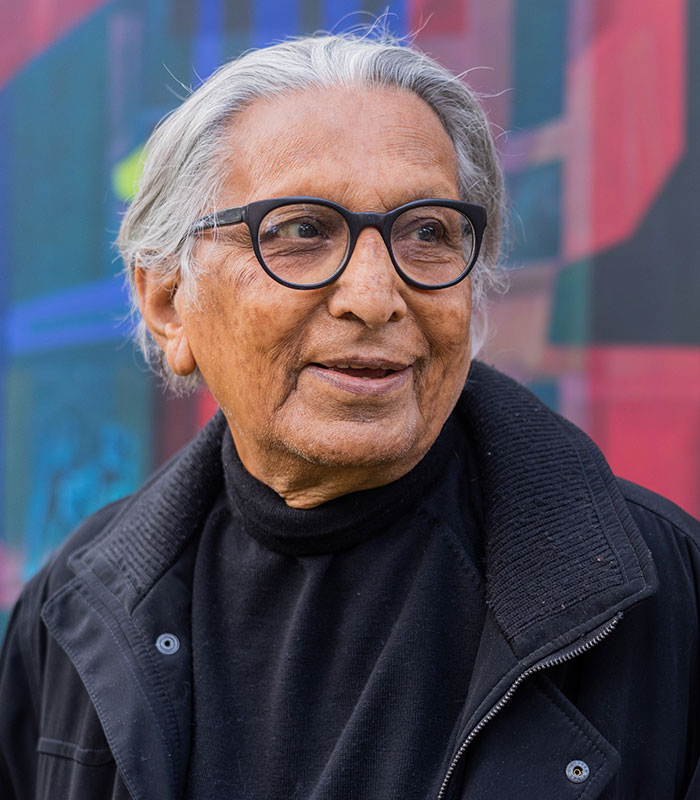 Acclaimed Indian architect Balkrishna Doshi has been awarded the Royal Gold Medal 2022, one of the world’s highest honours for architecture.

BV Doshi has been awarded the Royal Institute of British Architects’ Royal Gold Medal for 2022. Given in recognition of a lifetime’s work, the Royal Gold Medal is approved personally by Her Majesty The Queen and is given to a person or group of people who have had a significant influence on the advancement of architecture.

The Royal Institute of British Architects is a global professional membership body driving excellence in architecture. The RIBA was founded in 1834 for ‘the general advancement of Architecture, and for promoting and facilitating the acquirement of the knowledge of the various arts and sciences connected therewith’. Orginally named the Institute of British Architects in London, it was formed in 1834 by several prominent architects, including Decimus Burton, Philip Hardwick, Thomas Allom, William Donthorne, Thomas Leverton Donaldson, William Adams Nicholson, John Buonarotti Papworth, and Thomas de Grey, 2nd Earl de Grey. The latter served as the institute’s first president for 25 years until his death in 1859. After the grant of the royal charter it had become known as the Royal Institute of British Architects in London, eventually dropping the reference to London in 1892. In 1934, it moved to its current headquarters on Portland Place, with the building being opened by King George V and Queen Mary.

The RIBA is governed by the RIBA Council, a group of 60 members, elected from among the RIBA membership, the majority of whom are chartered architects. Last year the Royal Gold Medal was awarded to British-Ghanaian architect David Adjaye, director of Adjaye Associates. He was the first black architect to ever win the prize. Previous recipients of the award, which was established in 1848, include Neave Brown, Frank Lloyd Wright, Frank Gehry, Zaha Hadid, Norman Foster, Nicholas Grimshaw and Yvonne Farrell and Shelley McNamara.

BV Doshi was the first Indian architect to win the Pritzker Architecture Prize in 2018. With a 70 year career and over 100 built projects including collaborations with both Le Corbusier and Louis Khan, Balkrishna Doshi has influenced the direction of architecture in India and its adjacent regions through both his practice and his teaching. His buildings combine pioneering modernism with vernacular, informed by a deep appreciation of the traditions of India’s architecture, climate, local culture and craft. His projects include administrative and cultural facilities, housing developments and residential buildings. He has become internationally known for his visionary urban planning and social housing projects, as well as his work in education, both in India and as a visiting professor at universities around the world.

Among his key projects is the Atira Guest House completed in 1958, the CEPT University, which he both designed and founded in 1966, and the cave-like Amdavad ni Gufa art gallery completed in 1994. He also created the Aranya Low Cost Housing complex for 80,000 people in Indore, which won the Aga Khan Award for Architecture in 1995.

Born in 1927 in Pune, India, to an extended family of furniture makers, Balkrishna Doshi studied at the J J School of Architecture, Bombay, before working for four years with Le Corbusier as Senior Designer (1951-54) in Paris and four more years in India to supervise projects in Ahmedabad. He worked with Louis Kahn as an associate to build the Indian Institute of Management, Ahmedabad, and they continued to collaborate for over a decade. He founded his own practice, Vastushilpa in 1956 with two architects. Today Vastushilpa is a multi-disciplinary practice with ﬁve partners spanning three generations and has sixty employees. The practice invites dialogue and its philosophy of pro-active participation even applies to their office space – which has an open door, inviting passers-by to drop in.

“I am pleasantly surprised and deeply humbled to receive the Royal Gold Medal from the Queen of England,” said Doshi, who founded his studio Vastu Shilpa Consultants in 1955. “The news of this award brought back memories of my time working with Le Corbusier in 1953 when he had just received the news of getting the Royal Gold Medal,” he continued. “I would like to express my heartfelt gratitude to my wife, my daughters and most importantly my team and collaborators at Sangath my studio.”

RIBA President Simon Allford said: “It was an honour and a pleasure to chair the committee in selecting Balkrishna Doshi as the 2022 Royal Gold Medallist. At ninety-four years old he has influenced generations of architects through his delightfully purposeful architecture. Influenced by his time spent in the office of Le Corbusier his work nevertheless is that of an original and independent thinker – able to undo, redo and evolve. In the twentieth century, when technology facilitated many architects to build independently of local climate and tradition, Balkrishna remained closely connected with his hinterland: it’s climate, technologies new and old and crafts. Balkrishna Doshi’s outstanding contribution to the art of architecture, the craft of construction and the practice of urban design establish him as a most deserving recipient of this award and I greatly look forward to him being presented with the medal next year.”

Alongside running his current studio Vastu Shilpa Consultants, Doshi also founded the Vastu Shilpa Foundation to help evolve indigenous design and planning standards in India and has worked as an educator at several universities. His other key works in India include the Shreyas Comprehensive School Campus, the 700 seat brutalist Tagore Hall & Memorial Theatre and the barrel-vaulted studio called Sangath from which his studio operates.

The RIBA Royal Gold Medal will be presented to him at a ceremony in 2022. 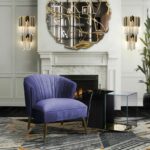 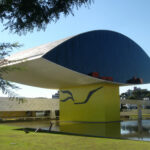