Oscar Niemeyer was a Brazilian architect known for the development of modern architecture. Niemeyer was best known for his design of civic buildings for Brasília, a planned city that became Brazil’s capital in 1960, as well as his collaboration with other architects on the headquarters of the United Nations in New York.  He was born in the city of Rio de Janeiro on December 15, 1907.

Niemeyer studied architecture at the National School of Fine Arts, Rio de Janeiro. Shortly before he graduated in 1934, he entered the office of Lúcio Costa, a leader of the Modernist movement in Brazilian architecture. He worked with Costa from 1937 to 1943 on the design for the Ministry of Education and Health building, considered by many to be Brazil’s first masterpiece of modern architecture. The design reveals the influence of the Swiss-born French architect Le Corbusier, who was a consultant on the construction. Niemeyer also worked with Costa on the plans for the Brazilian Pavilion at the New York World’s Fair of 1939–40.

Niemeyer was highly influential in the late 20th and early 21st centuries for his explorations with reinforced concrete and often whimsical ideas in his projects. The architect was partly influenced by Swiss-French architect Le Corbusier, who broke away from historical architectural styles and wanted to create buildings that were purely functional and new. In contrast to Le Corbusier, Niemeyer’s approach saw him favor curves and abstract forms over straight lines and inflexible shapes “created by man”. Unlike many of his peers, Niemeyer was never a scholar or interested in theories, jargon, or clichés. Though he had strongly held political views and was a noted communist, unlike some other Modernists they were not especially apparent in his work. His goal was simple: give beauty to the world.

After his death in 2012, Niemeyer left the world with more than 500 works scattered throughout the Americas, Africa, and Europe. All of these projects differ in context to their location, style and requirement, except one thing that remains constant in all of these projects and that is a complex thought process. A thought process that translated into abstract forms creating an iconic identity to each of the projects. Oscar has been successful in rendering an imagery to his designs that no matter what stands strong in our memories.

He was the recipient of many other international awards, including the Lenin Peace Prize in 1963, the Pritzker Architecture Prize in 1988 (cowinner with Gordon Bunshaft), and the Japan Art Association’s Praemium Imperiale prize for architecture in 2004. The Oscar Niemeyer Foundation, dedicated to architectural preservation and research, was founded in 1988, and a new headquarters designed by Niemeyer opened in Niterói in 2010. 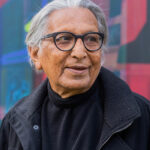 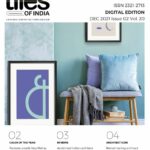