He was the only child of a sculptor and a botanical illustrator. He studied from the college of applied arts and architecture and design (VSUP) in Prague and received a diploma in architecture. Kaplicky was catapulted to fame after his sensationally avant-garde 1999 Lord’s Cricket Ground Media Centre and became a truly innovative icon of avant-garde architecture, which eventually won the Royal Institute of British Architects (RIBA) Stirling Prize – considered the most prestigious architecture award in the UK – in 1999 and the World Architecture Awards in 2001.

Kaplický considered the media centre his favourite creation saying, “It is something which was revolutionary in many areas – a real technical achievement – but above all, the people operating inside it have said: We love it,and that’s great.” Kaplický set up his own architectural think tank called Future Systems with David Nixon, and began to develop an architectural style that combined organic forms with high tech futurism.

Among the drawings he made were structures orbiting the earth built by robots, weekend houses resembling survival capsules that could be transported by helicopter, and home interiors that could be manipulated. In the 1980s his design for the Grand Buildings in Trafalgar Square, London, was a free-form monocoque structure pierced by portholes; it lost to a more conventional reconstruction of an Edwardian facade.

Amanda Levete joined Future Systems as a partner in 1989. They continued their professional association in the architectural practice after their divorce in 2006. In 2000, he was made an Honourable Fellow of RIBA. Future Systems’s next major project, the iconic Selfridges Building in the Bull Ring in Birmingham, won seven awards, including the RIBA Award for Architecture 2004. In 2007, Kaplický won the design competition for the new Czech National Library building.

This was to have been his first major building in his home country, and he said the project was the most important event in his life. Apart from his design work, Kaplický was active in the education of architects. He taught from 1982 to 1988 at the Architectural Association School of Architecture, the oldest independent architectural school in the UK, and in 1992 at the School of Architecture in Bordeaux and at the Design Workshop of the Technische Universität Berlin.

He was also an external examiner for the Architectural Association between 1995 and 1998, and in 2000 was an assessor for the Domus Awards of the B.B.J. Competition in Milan.

On 14 January 2009, hours after the birth of his daughter Johanna Kaplická collapsed on a street in Prague near Vítězné náměstí (Victory Square) with heart failure and could not be revived by emergency services. 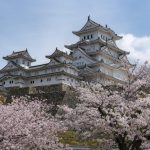 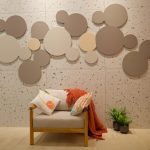