The Relais Castello di Casiglio in Erba is a fascinating structure that speaks through its 700 years of history. It’s a true jewel located in a strategic position not far from Lake Como with its most famous
destinations: Cernobbio, Tremezzo with Villa Carlotta, Bellagio with Villa Melzi, Lenno with Villa Balbianello and Varenna with Villa Monastero.

A few kilometres away, the area offers plenty of possibilities to sports lovers: tennis courts, horse riding centres, cycle paths, adventure parks and nautical activities. The Villa d’Este Golf Club is just 4 km from the Castle. This 4-star Relais is an ideal location for meetings, conferences, team building activities, weddings, events and romantic or themed dinners served in the new Lecru Restaurant, located in the oldest part of the castle and also open to external customers.

The renovation of the 29 rooms of this ancient manor helped enhance all its charm, while at the same time re-evaluating its history and traditions, also thanks to a highly professional and skilled intervention by Concreta, the Valtellinese interior contractor with headquarters in Postalesio, which realized this prestigious reference based on a project by architect Francesco Venzi. In detail, the intervention involved: 19 Standard rooms, 13 Superior rooms, 10 Classic Junior Suites, 3 Junior Suite SPA with private sauna in the room and 1 ‘Tower’ Suite in the Castle tower.

Concreta presented the first proposals for the renovation work in March 2021, modifying them according to the particular needs that gradually emerged while working on a singular structure like this castle, which was previously used as a hotel. The time span between the proposal, the project and the fine-tuning of a whole series of details until the delivery of the rooms, was about a year.

The main challenge in the project for Castello di Casiglio was to rethink and redesign 29 rooms out of 46 in total, in a structure that had unique specificities. From a logistical point of view, the castle was completely different from a newly built hotel, in which hundreds of rooms can be configured in a repetitive and serial logic. Also following the specific request of the client, the peculiarity of this project was to create different rooms, not so much in the constructive logic but rather in the type of details.

The owner of the structure asked to diversify the rooms of the castle, taking into account the different typologies offered (standard, superior, junior etc …) by ‘shaping’ the furnishings within the irregular spaces typical of a structure like this, while respecting the architectural structural elements such as
plasters, stones, wooden ceilings rather than plastered ceilings, existing fireplaces and terracotta floors, without however using different styles. The answer was to develop a common path by function using the same architectural language and with the same design line. Each room has the specifications required by a structure of this type but, while maintaining identical materials, treatments and finishes, some details have been highlighted by varying the colour (such as the seat fabrics or the paintings), the model or the typology (for example of curtains and objects) as well as the size and shape of some fixed furnishings.

As architect Francesco Venzi states: “We have also chosen to use a different wallpaper for each room, according to the type of rooms or the light, with the aim of differentiating the perception of the spaces designed in a common matrix, without creating contrast between the different settings. The idea that inspired this design path was to avoid the customer – when he would return to the hotel the following year and stay in a different room – the feeling of being in an environment that is not consistent with the previous one, but at the same time recognizing the same atmosphere, certainly not with less emotion.”

In this context, the role of lighting was crucial. The interiors of the castle are a succession of unusual and embracing settings and here the lighting project was fundamental to bringing out the design choices. Architect Venzi has thought of a lighting layout capable of enhancing the design of the rooms and the architecture of the spaces, designing lamps specifically for this project or simply using LED systems chosen from mass production, modelled according to the space requirements; both solutions were built or supplied by Concreta partners with the right know-how in this sector.

With its 700 years of history, the structure of the Castello di Casiglio is in itself rich in fascinating and characterizing details, with exposed stone walls, ceilings with exposed beams, terracotta floors and important furnishings. This made it not necessary to add other important building elements or colours, while it was preferred to emphasize the venue through a stimulating comparison between past and present in a constant dialogue among new elements of furniture, existing floors in terracotta, stone and wood. The same wood was used both for the new floors and for the construction of the furniture and everything was made to measure by the production unit of Concreta, creating a sober material and chromatic contrast that fully respects the history of the manor.

Fabrics play a leading role in creating the charm of the settings. Matching models and materials were used, which differ only in some details, while curtains have been adapted from time to time to the structure of the rooms. The client expressed full satisfaction with the result of the work and has already requested the intervention of Concreta for new service structures which are located in the park and nearby, where enchanting suites are hosted, thus giving continuity and adding further value to this prestigious renovation project. 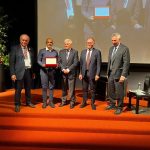 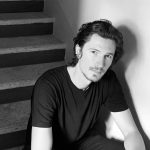