Frank Lloyd Wright June 8th marks the birthday of the famous architect, designer and educator, Frank Lloyd Wright, an opportune moment to read about the rich legacy of creative work. Although it's been more than 50 years 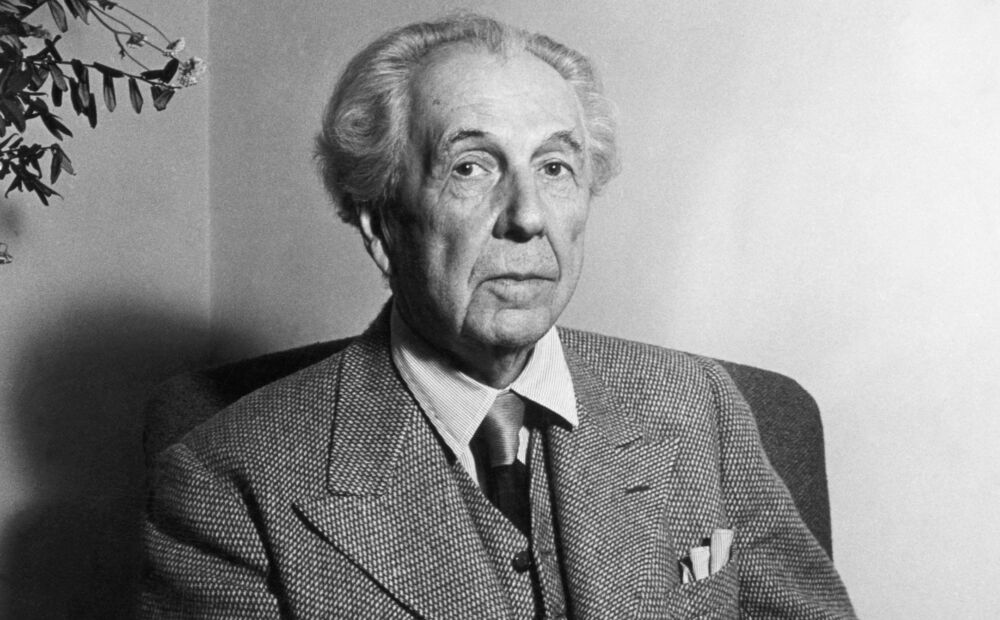 June 8th marks the birthday of the famous architect, designer and educator, Frank Lloyd Wright, an opportune moment to read about the rich legacy of creative work.

Although it’s been more than 50 years since the death of Frank Lloyd Wright, the work of America’s pre-eminent architect has never really gone out of style.

Frank Lloyd Wright was an American architect, designer, writer, and educator. He designed more than 1,000 structures over a creative period of 70 years. Wright believed in designing in harmony with humanity and the environment, a philosophy he called organic architecture. This philosophy was exemplified in his project Fallingwater which has been called “The best all-time work of American architecture”. Wright played a key role in the architectural movements of the twentieth century, influencing architects worldwide through his works and hundreds of apprentices in his Taliesin Fellowship.

Wright’s environmentally harmonious “Organic Architecture” ranges from the all-American Prairie style to the sculptural heft of the Guggenheim Museum. Some 300 of his buildings survive today, and a good number are open to the public.

Frank Lloyd Wright was born on June 8, 1867, in the town of Richland Center, Wisconsin. His mother, Anna Lloyd Jones, was a teacher from a large Welsh family who had settled in Spring Green, Wisconsin, where Wright later built his famous home, Taliesin. His father, William Carey Wright, was a preacher and a musician.

Between 1885 until 1887, he studied mechanical engineering at the University of Wisconsin but eventually dropped out to go and work for Chicago architect Joseph Lyman Silsbee. In 1887 Wright left that job to go and work for Dankmar Adler and Louis Sullivan. In 1893, Wright established his first practice. In architectural terms, Wright was the famous pioneer of the so-called ‘Prairie School’ movement of architecture. Throughout his career, Wright designed original and innovative offices, churches, schools, skyscrapers, hotels, museums, and other structures. He often designed interior elements for these buildings, as well, including furniture and even stained glass.

Wright’s designs were also driven by the desire to nurture the lives of their occupants. He referred to his architecture as “organic”- in complete harmony with itself and its surroundings, as if it had developed as naturally as a tree -but without necessarily resorting to formal imitation. This approach can be seen in his famous Fallingwater house, where balconies mimic the stratified rock of the waterfall below, and also in his research tower for SC Johnson, where the internal floors are cantilevered off the building’s central trunk.

His designs for both private and public structures were original, and as an avant-garde designer, he rebelled against classic architecture and its traditional ornamentation. Wright also initiated many new building techniques such as the use of precast concrete blocks reinforced by steel rods and radiant floor heating.

His love of nature and the American landscape was also visible in the urban planning vision of Broadacre City, his proposal for sprawling, pastural landscape of incredibly low population density.

For many people, Wright is the quintessential vision of the architect: he presented himself as a lone genius, fastidious down to the smallest details of his design, and his personality was often rather brash. But there is no denying his vision–and the timelessness of his designs continue to reveal just how strong that vision was.

By 1901, Wright had completed about 50 projects, including many residential houses in Chicago.

Wright also wrote 20 books and hundreds of articles and was a popular lecturer in the United States and Europe. In 1991, Wright was recognized by the American Institute of Architects as “the greatest American architect of all time.”

He died on April 9, 1959. At the time of his death, Wright designed over 400 built structures, of which nearly 300 still survive to this day. He was survived at the time by his third wife Olga and a number of children from his three marriages.