All you need to know about Architect Sebastian Irarrazaval

Internationally acclaimed Chilean architect Sebastián Irarrázaval was born in Santiago de Chile in 1967. After graduating from the Catholic University of Chile, he was appointed Professor at the university in 1994 and since then has combined his professional work with teaching and research activities. He has held visiting professorships at several universities, including the Massachusetts Institute of Technology in Boston (MIT) and the University Architecture School of Venice (IUAV).

His projects fully reflect the new wave of contemporary Chilean and Latin American architecture, one of his most iconic creations being the original Caterpillar House (or Casa Oruga), built for an art collector outside Santiago. Standing on a hillside in the Andes mountains, the house consists of five 40-foot containers, six 20-foot containers, and one 40-foot open-top container converted into a swimming pool.

He has won numerous international awards, including the AOA (Asociación de Oficinas de Arquitectura de Chile) award in 1999 as a best young architect, and has represented Chile three times at the Venice biennale. In 2012 he won the Shenzhen & Hong Kong Bi-City Biennale of Urbanism and Architecture award. In 2014 and 2015 he was granted an award by the University School of Architecture of Venice as part of the WAVE workshops.

He recently received an honourable mention at the “Wood Design and Building Awards” for his project for the Municipal Library in Constitución, built following the destruction of the city in the devastating earthquake of 2010. The project was also nominated for the Mies Crown Hall Americas award together with the project for the Pabellón Valparaíso, built to celebrate the 120th anniversary of the Architecture School of the Catholic University of Chile.

Sebastian Irarrázaval is also involved in activities that promote collaboration between architecture and other artistic disciplines.He has designed a number of theatre stage sets and a few months ago collaborated with the Scottish rock band Travis on the sixth chapter of the Insigne Sesiones, a popular web series of live sessions combining music, architecture, and landscape.

He was one of the guests at this year’s Cersaie, held from 25 to 29 September in Bologna. He was present in the conference in the Architecture Gallery as part of the “building, dwelling, thinking” cultural program which each year hosts big international names from the world of architecture. 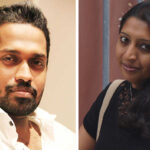