Philippe Starck turns 73 on the 18 of January 2022, we share a brief journey through his life and work.

Philippe Starck, a French industrial architect, and designer is known for his wide range of designs, including interior design, architecture, household objects, furniture, boats, and other vehicles is going to turn 73on 18th January 2022. Starck was born on 18 January 1949 in Paris to Andre Starck, who was an aeronautics engineer. He says that his father often inspired him because he was an engineer, who made invention a “duty”. His family was originally from and lived in the Alsace region, before his grandfather moved to Paris.

He studied at the Ecole Camondo in Paris and began his career in the 1970s working at
Quasar, where he designed an inflatable house, and at the Cardin fashion house, for which he created furniture lines.

In 1974, he moved to the USA, but then returned to Paris two years later. He founded the company Starck Products in 1979 to market his previous creations, especially everyday objects such as watches, toothbrushes, and chairs (the latter being a constant activity among his diverse works).

Over the decades, his work also included motorcycles, boats, multimedia players, lamps and all kinds of furnishing products and tools. However, his career took off with a series of interiors designed for nightclubs in France and the USA: the nightclubs La Main Bleue in 1976 and Les Bains Douches in 1978. He gradually became more and more interested in architecture, taking a personal approach to the discipline since his earliest works, as can be seen in Café Costes in Paris (1984), with effects that “go beyond the usual perception” (Garcias). In that same period, he also designed the restaurants Manin (1985) in Tokyo, Theatron in Mexico City (1985), and Teatriz in Madrid (1990).

Over the years, the latter has become a style model, since this former theatre was given a new function and was revisited with a creative and original touch, as can be seen in the foyer located in the former stalls area or the curtain offering a glimpse of the bar. He achieved international fame with the apartments of French President Mitterrand at the Elysée Palace (1984) and by designing the Groninger Museum (1993), with Alessandro Mendini, and the extension of the “École des Arts Décoratifs” (National School of Decorative Arts, 1998) in Paris.
Starck’s fame has grown over the years, also as a result of his extensive and continuous design and interior design work for hotels all over the world.

Since designing his first hotels in New York (Royalton and Paramount) in the late 1980s, Starck has dedicated much of his undisputed creativity and artistic verve on working in this specific sector, to the point of launching the “YOO” project with John Hitchcox (1998), a world-famous “residential design and development brand”, with more than 50 apartments and interiors worldwide. Also noteworthy are the Eurostar waiting rooms at the London and Paris railway
stations, as part of the group’s coordinated image restyling.

The private yacht “A” (or Sailing Yacht A), designed for Russian billionaire Andrei Melnichenko, the largest sailing boat in the world, is also worth mentioning. The yacht, which is 142.8 meters long and has a tonnage of over 12,600 tons, has a 90-meter mainmast and its emerged part is as high as an 8-story building.

He also taught at the Domus Academy (1986) in Milan and at the Ecole des Arts Decoratifs (1987) in Paris. He was named Chevalier de l’Ordre des Arts et des Lettres (1985), received the Legion of Honour (2000) and many awards including the Design Award (Tokyo, 1987), the Grand Prix National de la Création Industrielle, the Oscar du Design (Paris, 1988), the Excellence in Design Award from the Harvard Graduate School of Design (1997), the Compasso d’Oro (2001), and the recent Lifetime Achievement Award from Designboom (2019). 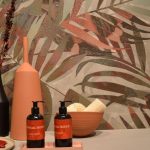 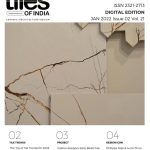